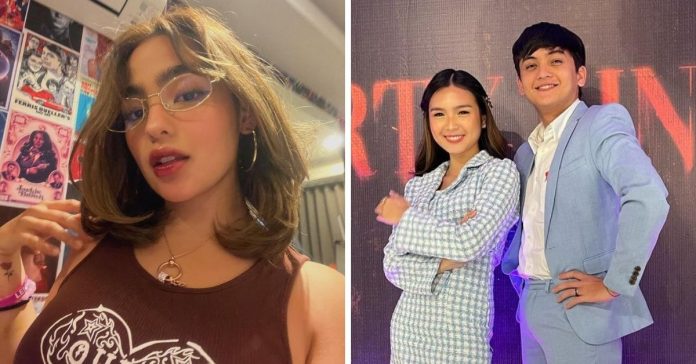 Andrea Brillantes seemed to convey that all is well between her, ex-boyfriend and onscreen partner Seth Fedelin, and fellow actress Francine Diaz.

Seth and Francine are set to star as a tandem in upcoming series Dirty Linen, alongside Janine Gutierrez and Zanjoe Marudo.

Following the show’s cast reveal and story conference on Wednesday, Seth penned a thank you gratitude to his supporters and the people behind  the new project.

In the comments section , FranSeth fans were thrilled to leave congratulatory messages for the newest pair.

“Congrats,” wrote Andre along side a series of emojis.

Andrea previously sparked controversy when she cryptically reacted to a photo of Seth together with Francine and her family in January. Francine and Seth also received criticisms from netizens at the time.

In a tell-all  video she released in April, Andrea revealed that she and Seth were in a relationship for two years and three months before calling it quits in October 2021.

She also apologized for the TikTok  video she uploaded in reaction to Seth and Francine’s photo together, which she said “made everything worse”.

In an interview with MJ Felipe of ABS-CBN, Francine and Seth shared their thoughts on their first pairing after working previously together as part of Gold Squad with their respective love team partner Kyie Echarri and Andrea.

Reacting to the criticisms they received, Francine said, “Thank you for the hate kasi because of that nagkaroon pa tayo  ng opportunity, another project.