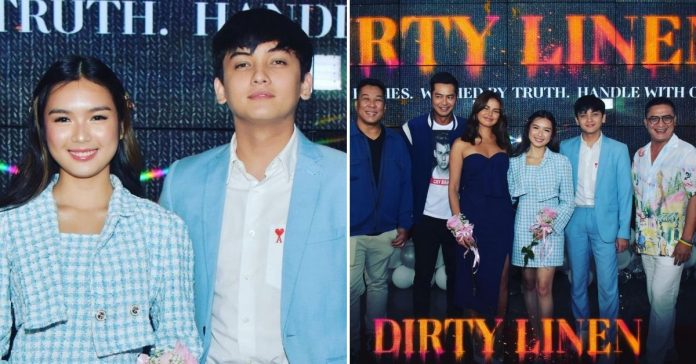 Francine Diaz and Seth Fedelin are paired up for the first time in an upcoming series titled Dirty Linen.

Directed by Onat Diaz and Andoy Ranay, Francine and Seth are set to be main leads in the series alongside Zanjoe Marudo and Janine Gutierrez.

The two figured in a controversy with Andrea in January after the latter shared cryptic posts when a photo of Seth with Francine and her family circulated online.