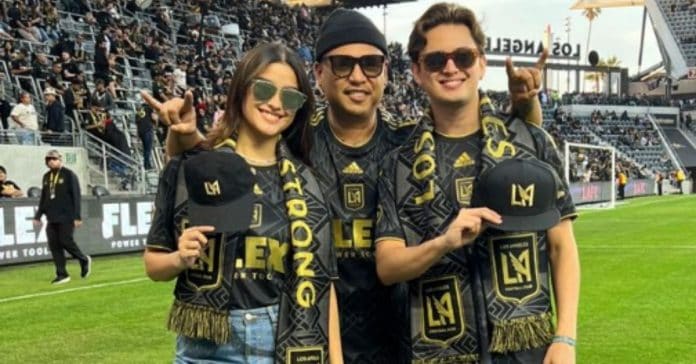 LOOK: Liza Soberano and James Reid are out and about in Los Angeles

Liza Soberano and James Reid were spotted out and about in Los Angeles! Here’s what they were up to.

The actress took to Instagram to share the moments from her Los Angeles trip with her friends.

On one Instagram story she reposted, Liza and James were photographed with their group when they arrived in California.

It was just last February when James flew to Los Angeles to visit his relatives and work on his music.