LOOK: Kim Chiu is a bikini bombshell in these snaps 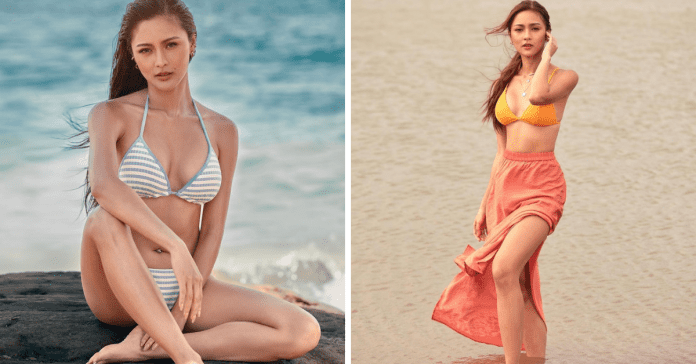 The actress showed off her toned body from a recent sizzling-hot photoshoot.

“Beach is just around the corner,” her caption read.

Kim’s snaps were for her campaign with the clothing brand, H&M Philippines, for their summer line this year.

The pieces she sported in the photos were from the clothing line she picked out herself, which was recently released.

It seems Kim is making the most out of summer as she takes on different adventures such as wakeboarding in Coron.

The 32-year-old recently shared a video from her first time trying out the water sport in Coron, Palawan.