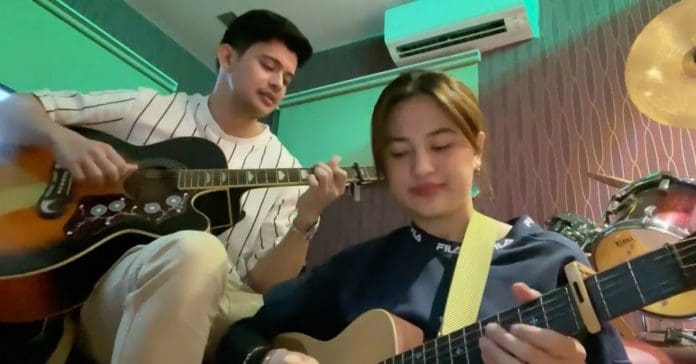 Rumored couple Rayver Cruz and Julie Anne San Jose had the cutest interaction online and their fans were sent into a kilig frenzy once again!

The actor-dancer recently posted a video of him playing the guitar while singing a cover of John Mayer’s hit 2001 song Why Georgia.

Under his post, Julie Anne gave her thumbs-up for the cover.

The two’s social media banter was made even more special when they finally used heart emoticons with each reply.

Fans then responded to the two, encouraging them to make it official already.

One said: “Just make it official already! So kilig with you two!”

Rayver and Julie Anne have been sparking relationship rumors after their kilig social media posts. Back in March, the two had their fans curious about their relationship status after they shared TikTok videos of them dancing together.