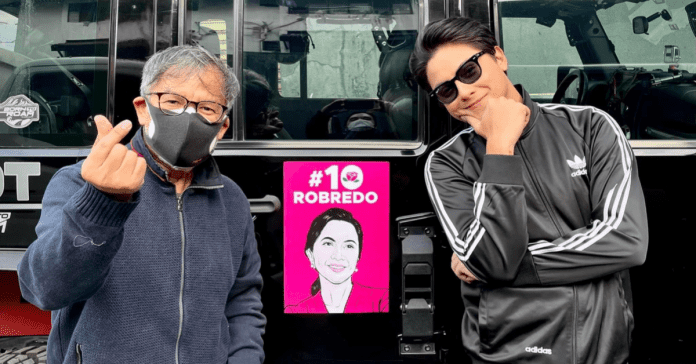 Film director Mandy Reyes on Wednesday shared photos of him with the actor posing beside a campaign poster of Robredo which read “#10Robredo”.

Hashtag #DanielPadillaforLeni as pro-Leni fans shared their reactions over the actor making public his presidential bet.

To recall, Daniel, along with girlfriend Kathryn Bernardo previously endorsed Robredo for her vice presidential bid in the 2016 elections.

Daniel’s mom Karla Estrada, on the other hand, is supporting the tandem of former senator Bongbong “BBM” Marcos and his running mate Sara Duterte’s tandem.

In a previous statement, Karla admitted and stressed that while the members of her family have political differences, they are binded by their love and respect for each other.

Daniel is set to star alongside Kathryn in their TV series comeback 2 Good 2 Be True.