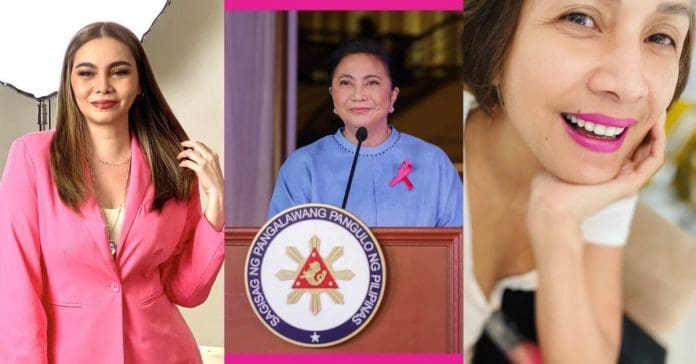 Pink is the “color of the day” for these celebrities who aired their support for Vice President Leni Robredo as she announced her presidential bid for the 2022 elections.

On Thursday, Leni declared she will be running for president in the national elections next year, making the hashtag #LabanLeni2022 land on Twitter’s top trending topics.

Following Leni’s announcement, several celebrities took to social media and wore shades of pink to back the official’s candidacy for president.

Jolina Magdangal and Vivoree Esclito, meanwhile, each posted photos of them in pink filters.

“Enhong Dee, on the other hand, posted a photo of a pink towel with the caption: Hope in the midst of darkness.Pag-asa sa gitna ng kadiliman.”

Leni officially filed her certificate of candidacy on Thursday afternoon, and will go against other presidential aspirants Manny Pacquiao, Isko Moreno, Ping Lacson and Bongbong Marcos in the May 2022 elections.