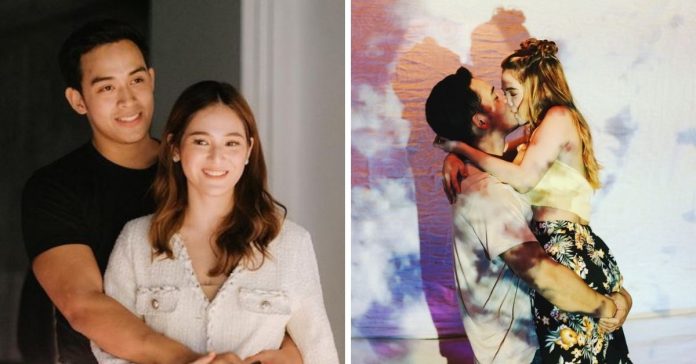 Fans of Barbie Imperial and Diego Loyzaga have been speculating about the status of the celebrity couple’s relationship.

Diego is currently in the United States and has been posting photos of his experiences and activities in the country.

At a recent press conference for his upcoming Vivamax film The Wife, the actor revealed why Barbie didn’t join him on the trip abroad.

“I came here all of a sudden and it wasn’t planned. I don’t think Barbie has a new passport,” Diego said in a Philippine Star article.

The breakup rumors circulated after netizens noticed that Barbie and Diego have not posted photos of each other for a month now since celebrating their first anniversary as a couple last December 12, 2021.

Others also noted how the two seemed to have less interaction on Instagram.

In a YouTube vlog, talent manager Ogie Diaz said a source told him about Barbie and Diego’s alleged breakup.

Ogie, meanwhile, hopes that the two are simply on a “cool off stage“.