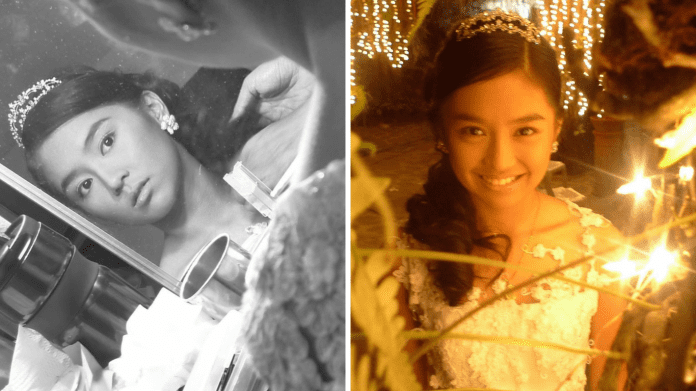 Dimples Romana took a trip down memory lane as she posted never before seen photos of Kathryn Bernardo from the remake of Mara Clara.

On Instagram, Dimples shared behind the scenes snaps of then teenager Kathryn on the set of the hit teleserye in 2010.

At the time, the cast were filming for a significant scene in the drama– Kathryn’s character Mara’s 16th birthday.

“Going through my old photos from projects I’ve done years ago, and thought I’d share these unseen photos of us and my baby @bernardokath during one of the biggest scenes we’ve shot for Mara Clara (Remake),” wrote Dimples in the caption.

The actress continued to express love and take pride of her former co-star and good friend.

and always so beautiful.

“Proud of you always babe! So happy seeing you soar so high and yet still have the same sweet, humble and grounded vibe from when we were all just babie Love you!,” she added.

In January last year, Dimples shared a photo of her with Kathryn and Julia celebrating their decade of friendship.