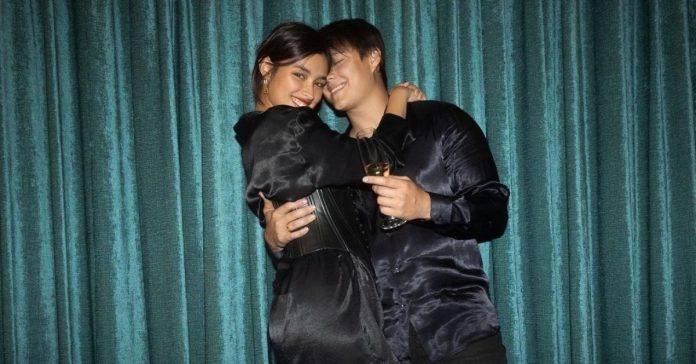 Enrique Gil definitely earned some boyfriend points after he shared a short but sweet birthday message for his longtime girlfriend Liza Soberano.

The actor took to social media to share a snap of them looking chic as they both wear black ensembles.

His message read: “My one and only. Cheers to you my love happy birthday.”

Liza turned 24 on January 4 while it seems like they are both still in the United States with her family.

The couple celebrated the holidays together abroad to be with the actress’ family. In a past Twitter thread, Liza explained that they had to leave the country to be with her great grandmother who was not “doing well”.

“She was one of the people who raise me back when I was in America and I wouldn’t miss being with her during tough times for the world,” she said.