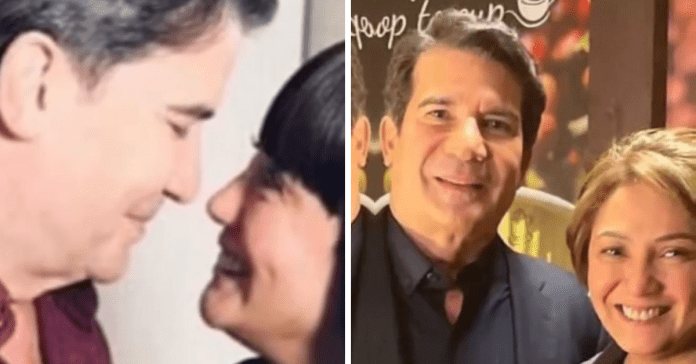 It looks like Edu Manzano is becoming more open to the public about his relationship with girlfriend Cherry Pie Picache.

The 66-year-old actor recently shared fan edits of him and Cherry Pie’s photos via Instagram stories.

The lovebirds who are co-stars in the romantic comedy series Marry Me, Marry You are dubbed by their fans as the PieDu love team.

It was last week when Edu confirmed through a text message to News5 anchor Cheryl Cosim that he and Cherry Pie are dating.

The two have earlier sparked romance rumors as snaps of them getting cozy from their recent trip to New York circulated online.

Edu was previously married to Vilma Santos and Maricel Soriano. He was last known to be in a relationship with non-showbiz girlfriend Iryne Garcia.

Cherry Pie, on the other hand, separated with former partner Gary Tria in 2006.