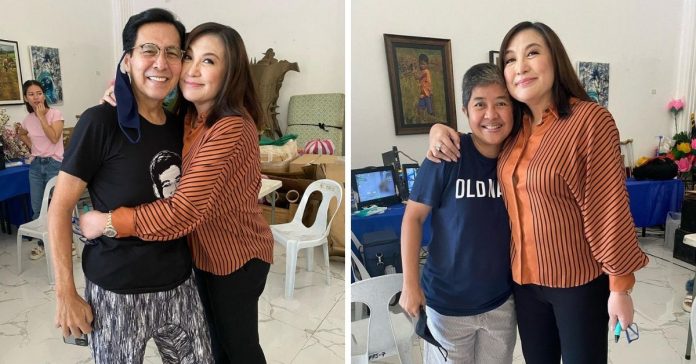 The Megastar Sharon Cuneta is more than happy with the family she found in the set of ABS-CBN’s longest-running teleserye FPJ’s Ang Probinsyano.

The veteran singer-actress couldn’t help but gush as she shared snaps from their lock-in taping for the show.

“We are such a family here. Where has this show been all my life?!! I wish I could’ve joined it sooner but what I will do is thank the good Lord for bringing this show to me and making me a part of it!!!

Dreamscape Entertainment recently shared a sneak peek of Cuneta’s role in the series. Her first episode on FPJAP will air this Friday, November 26.

It was just in November when the 55-year-old was formally welcomed into the series by the network’s COO Cory VIdanes, TV Production head Laurenti Dyogi, Dreamscape Entertainment her Deo Endrinal, and FPJAP star, director and creative director Coco Martin.

‘From XXL to medium’: Sharon Cuneta earns praise for weight...

Sharon Cuneta asks for prayers as family members go through...