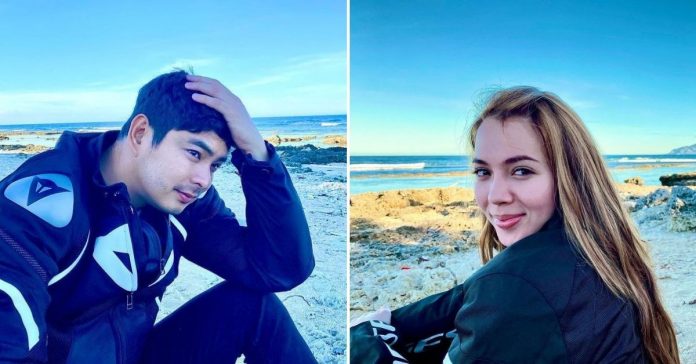 CocoJul fans were more than kilig when Julia Montes posted these adorable snaps of her and rumored boyfriend Coco Martin at the beach.

On Instagram, the actress shared a photo of herself which seemed to be taken by Coco, and another one she took with Coco as her subject.

Her caption read: “Today is a great day to smile and be happy.”

Under the comments sections, fans gushed over Julia’s subtle flex of her “date” with Coco.

It was in July when the 26-year-old broke her silence on her relationship status. It was a resounding “yes” when Julia confirmed that she is in love.

She added that her relationship was never a secret and that their privacy as a couple was their personal decision.

READ: Julia Montes reveals why her lips are sealed on matters of the heart