LOOK: Lovi Poe, Piolo Pascual are gearing up for Phl adaptation of Flower of Evil 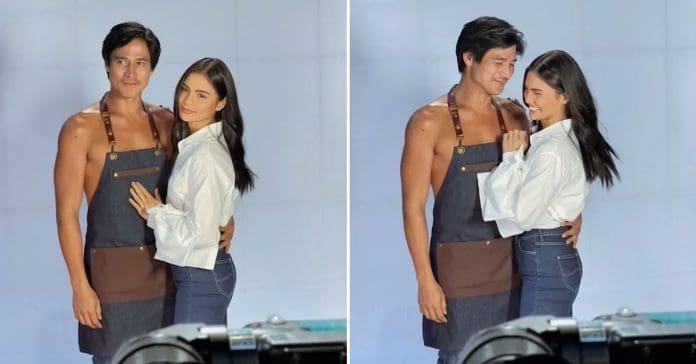 We’re getting closer and closer to finally having the Philippine adaptation of the hit South Korean drama Flower of Evil!

On social media, Lovi Poe gave her fans a treat with a first look of their characters for the Kapamilya series.

“Ganito ba ka-close?” she wrote in the caption.

Her post featured a short snippet of her and her leading man Piolo all dressed up like the K-drama’s characters Cha Ji-won and Baek Hee-sung.

An earlier post showed a snap of Lovi and Piolo during their story conference for the suspense drama.

Her capiton read: “And so it begins… Say hello to Cha Ji-won and Baek Hee-sung @piolo_pascual #FlowerOfEvil.”

It was on Sunday when the rest of the cast of the series was finally announced. Robert Seña, Epy Quizon, Jett Pangan, Pinky Amador, Kit Thompson, Agot Isidro, Rita Avila, Denise Laurel, Joross Gamboa and Edu Manzano will also star in the much-awaited adaptation.

Flower of Evil will be Lovi’s first project as a Kapamilya. She made the big switch from the GMA Network to ABS-CBN back in September.

READ: Lovi Poe to be paired with Piolo Pascual in first project as a Kapamilya

Lovi Poe to continue late father FPJ’s legacy with own...