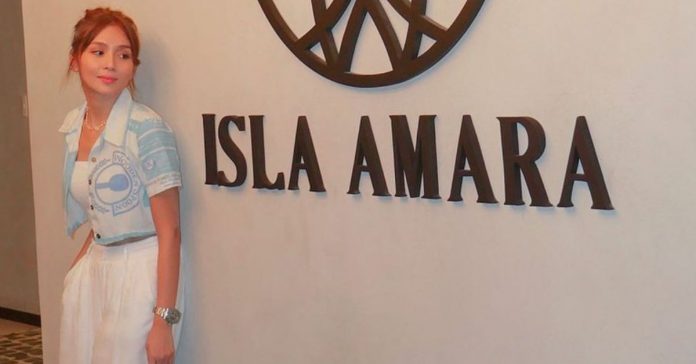 Kathryn Bernardo gave her fans an exclusive glimpse into her and business partner Piolo Pascual’s boutique resort in El Nido.

On a recently uploaded Youtube video, the actress shared the moments from when they officially opened “Isla Amara” last October.

Prior to the resort’s opening, Kathryn and her longtime boyfriend Daniel Padilla made headlines after speculations of their breakup made rounds on the internet.

Some netizens couldn’t help but worry after spotting the two looking “awkward” at a media conference. Meanwhile, other videos of the couple from the same event featured their affectionate side.

The rumors were immediately shut down after KathNiel was spotted in El Nido for the resort’s launch.