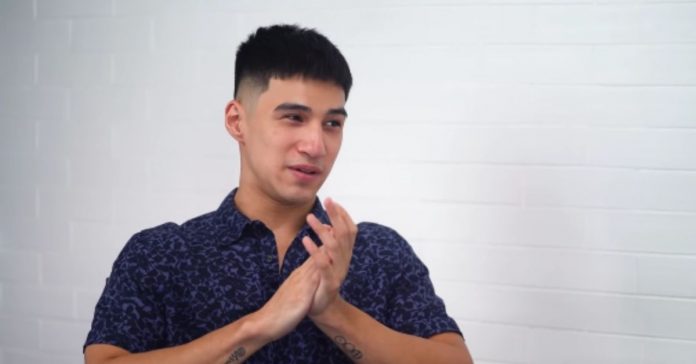 Albie Casino was straight to the point when he explained why he made the statement on his ex-girlfriend Andi Eigenmann’s weight.

The former Pinoy Big Brother housemate told Toni Gonzaga on her Youtube video that he apologizes to everybody who was offended by what he had said.

“To be completely honest, I wanted to say something that would make her feel bad because of all the anger that I had, all the pent up frustration that I had from all those years,” he admitted.

The 28-year-old continued on to share that it was his way to “get back at her” for claiming that he was the father of her first child in 2011.

“I did not mean to offend anybody else but then again, di ako naghuhugas kamay dito. I really did want to say something to make her feel bad and that’s also wrong,” he stressed.

When asked if he was still angry at Andi, Albie made it known that the anger will not pass.

It was in October when Albie said that it brings him “great joy” to know that his Siargao-based ex-girlfriend has supposedly gained weight.

“My friends just saw her in Siargao and they said she’s super fat so that makes me super happy. I don’t know if that’s bad of me. But it brings me great joy to know she gained a lot of weight now,” he said during a Kumu livestream Q and A session.

Andi Eigenmann on her son Koa: ‘Another water baby indeed’