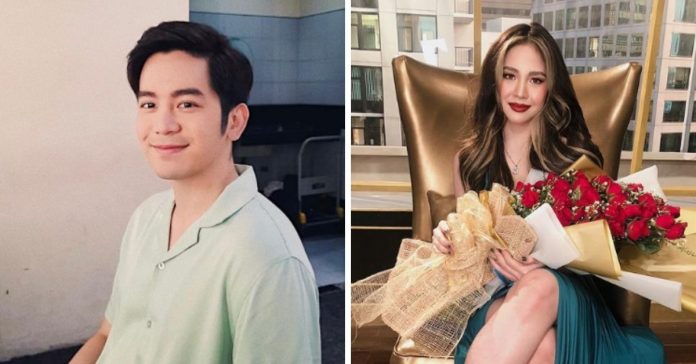 After two years, Joshua Garcia and Janella Salvador are once again co-stars for the ABS-CBN project Darna: The TV Series.

Joshua expressed support for Janella in a tweet, congratulating her on new role as Valentina, the arch-nemesis of Darna, played by Jane De Leon.

“Congrats Valentina @superjanella,” wrote Joshua along with the hashtag #The ValentinaReveal.

Joshua and Janella previously worked together in the Kapamilya hit series The Killer Bride in 2019, where the JoshNella tandem was formed.

Last October, Joshua was introduced as Brian Samonte Robles, a police officer who will serve as the love interest of Darna.

Janella will be portraying the role of lawyer-vlogger Regina/Valentina, who is cursed with venomous snakes for hair, in the superheroine series.

“It’s very different from all the roles that I’ve done before. Siguro hindi niyo ie-expect pero mapapamahal din kayo kay Valentina,” Janella said about her first-ever kontrabida role during the live reveal, which was streamed on ABS-CBN Entertainment’s YouTube channel on Friday.

“This time, it’s very exciting for me kasi it’s a grey role. It’s more of a dark character. Sobrang excited akong laruin siya and to get to know who she really is,” she added.

Directed by Chino S. Roño, Darna: The TV series is expected to air in 2022.