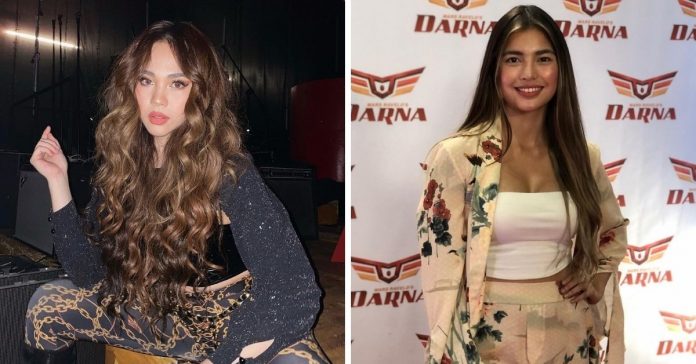 The new Valentina has been revealed!

Janella Salvador will portray the role of the mortal enemy of Darna, played by Jane de Leon, in the highly-anticipated Darna: TV Series.

ABS-CBN and JRB creative Production have earlier been releasing teasers for the “Valentina Reveal” on social media which left guessing on who will take on the role of Darna’s nemesis.

A Pilipino Star Ngayon report also hinted on Valentina’s identity, relating a source said that a Kapamilya star with the letter J initial will be playing the snake-haired nemesis.

It was also said that this will be the actress’ comeback project after taking a break from her showbiz career.

On Friday, Janella was officially introduced as lawyer-vlogger Regina/ Valentina, who is cursed with venomous snakes for hair, during the live reveal on ABS-CBN’s Entertainment page.

“Good afternoon mga Kapamilya! Ako po si Janella Salvador and I am Valentina. First of all, I’m very very honored to be chosen among the many actresses who auditioned for this role. I’m sure they were all equally as amazing,” Janella said during her introuction.

She added, “And I  would like to take this opportunity to thank director Chito Roño and ABS-CBN for giving me the opportunity to portray this iconic role. I promise to live up to everyone’s expectations but also make it my own.”

As for her preparations, she said, “Physically, kakapanganak ko lang, I had to lose weight. I haven’t started training yet, but I look forward to (it) because I know this is a physically draining role.”

What to expect from her version of Valentina?

“I didn’t expect to get the role because marami talagang may gusto sa role na ‘to. Obviously, it was my first time reading for a villain. Kasi usually sanay ako sa mga roles nakukuha ko, yung mababait na roles. And this time it’s very exciting for me because it’s a gray role. And it’s more of a dark character. I’m so excited to play around it and to get to know who she really is.”

She agreed to be a villain for the first time because “honestly I don’t see it that way.”

She explained that these days, when she does projects, what she’s looking at is will it help me grow, is it worth it? Is it a good character? Is it a good role to portray? Those were the factors I considered when I read for this role.”

Jane, on the other hand, told Janella: “I’m so excited to work with you and in our next scenes together.”

The full cast of the upcoming heroine series was unveiled last October.

The cameras have also started rolling for Darna: The TV Series directed by Chito S. Roño, which is expected to air some time in 2022.