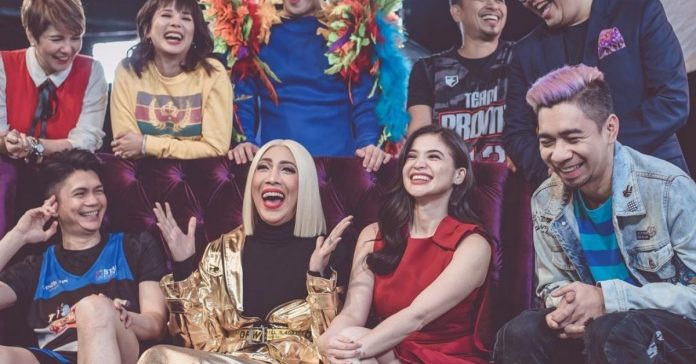 Anne Curtis has nothing but love for her It’s Showtime family.

On social media, the host-actress penned a heart-warming letter for her showbiz family of 12 years.

“A lot of things have changed, but I know these things still remain – the love we have for one another, our madlang people and the goal to continue to make them happy,” she wrote.

After more than a year since her hiatus from the noontime variety show, Anne said she is looking forward to laugh with them again.

“I’d also like to take this opportunity to commend my brothers, sisters, of course Inay and the whole showtime family behind the camera who continue to work hard to put on an amazing show despite the challenges of the last few years,” she said.

A lot definitely has changed since Anne’s hiatus. It’s Showtime director Bobet Vidanes recently left the show to helm its rival noontime program on TV5 Lunch Out Loud (LOL). Former Showtime host Kim Atienza, on the other hand, has also moved to GMA.

In July, Anne assured her fans that she is still set to return to It’s Showtime after almost two years of her maternity break.

LOOK: Anne Curtis, Erwan Heussaff travel to Paris with their...

Anne Curtis hopes to take baby Dahlia to a music...