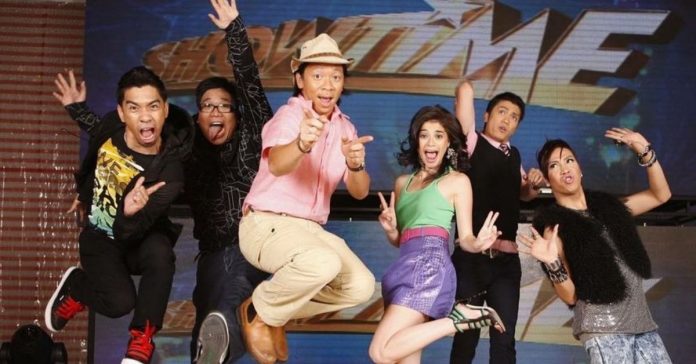 Jugs Jugueta confirmed the rumored transfer of Kim Atienza a.k.a. Kuya Kim to the Kapuso network.

In a social media post on Thursday morning, Jugs posted photos of him with the broadcast journalist as former co-hosts in the ABS-CBN noontime show It’s Showtime.

The Itchyworms member bid goodbye to Kuya Kim and thanked him for the good times they shared in the Kapamilya network.

“You’re now Kapuso, but you will always be my Kapamilya, my Ninong @kuyakim_atienza!

“Wishing you all the best! We love you!

GMA earlier teased about a “Kuya” joining the Kapuso network, and netizens were quick to speculate that it was Kuya Kim in the blurred photo.

Kuya Kim has also seemingly hinted at his network transfer, saying that he’s in a “period of transition”.

“What does transition mean? Transition is moving from Point A to Point B. This is what I can say — the transition is real,” Kuya Kim stated in a recent Facebook Live.

Kuya Kim also asked his viewers to anticipate the announcement he will be making during his segment in TV Patrol on Friday, October 1.

The weatherman has also been liking messages of support for his move to the Kapuso network on Twitter.