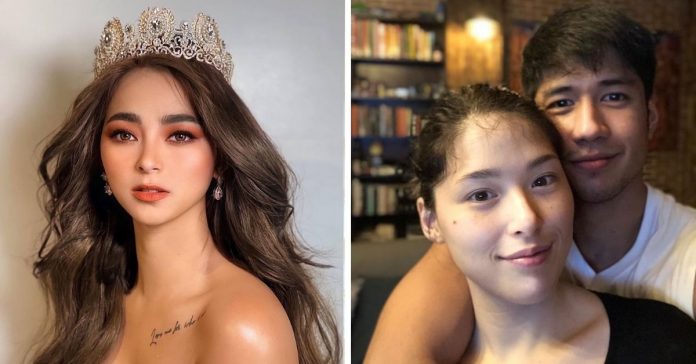 AJ Raval has expressed regret for sharing Aljur Abrenica’s statement about the breakdown of his marriage to Kylie Padilla.

On Tuesday, Aljur broke his silence on his controversial split with Kylie, challenging his estranged wife to tell the public the supposed truth about “who cheated first” and “who wrecked our family” in a scathing post shared on his Facebook page.

Shortly after, AJ, who’s currently being romantically linked to Aljur, reposted the same statement on her own Facebook page, a move that didn’t sit well with netizens.

On Wednesday night, the 26-year-old sexy star took to her verified TikTok account with over 7 million followers to explain why she shared Aljur’s post.

In her two-minute-plus video, AJ said that she only wanted to “protect myself and my family” and defend herself after being called names and tagged as the third party that caused the separation of Aljur and Kylie.

AJ said that at first she didn’t care about the accusations hurled against her, but that changed after seeing how much her family is getting affected.

She stressed that she doesn’t care and has no right to comment on the issue between the estranged couple Aljur and Kylie.

She then reiterated her apologies over sharing the statement, saying she just got carried away by her emotions.

She agreed with comments saying she showed immaturity for doing what she did.

AJ, meanwhile, thanked fans who are standing by her and continue to offer support.

The actress said she is thinking of leaving social media for her peace of mind and mental health.