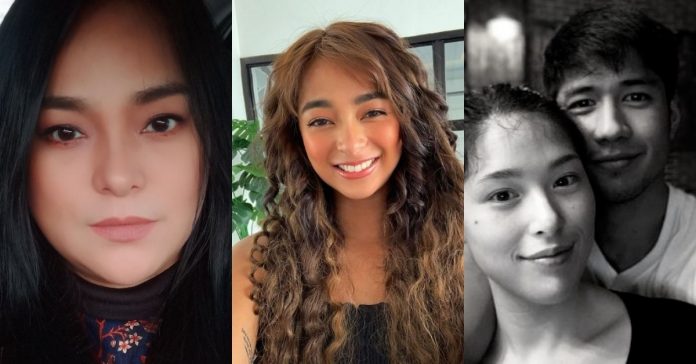 AJ Raval’s mom Alyssa Alvarez is thankful to Aljur Abrenica after he decided to break his silence over his controversial split with estranged wife Kylie Padilla.

In a lengthy statement posted on his Facebook page on Tuesday evening, Aljur challenged Kylie to tell the public the “truth” about their separation after facing criticisms online due to cheating allegations.

“Tell them who cheated first. Tell them who you are with right now. Have the courage to settle this. Tell your dad the truth. If not for them, do it for our children,” read part of Aljur’s statement.

AJ, who’s currently romantically linked to Aljur, shared the actor’s statement on her own Facebook page.

The sexy actress earlier admitted in an interview that Aljur is “courting” her.

AJ Raval’s mom, on the other hand, took to Facebook to back Aljur’s statement, claiming that she already knew the real story behind the actor’s failed marriage with Kylie.

Alyssa went on to say that she chose to keep mum despite the third party accusations thrown at her daughter.

The matriarch, nevertheless, thanked Aljur for speaking up and for keeping his promise to them.