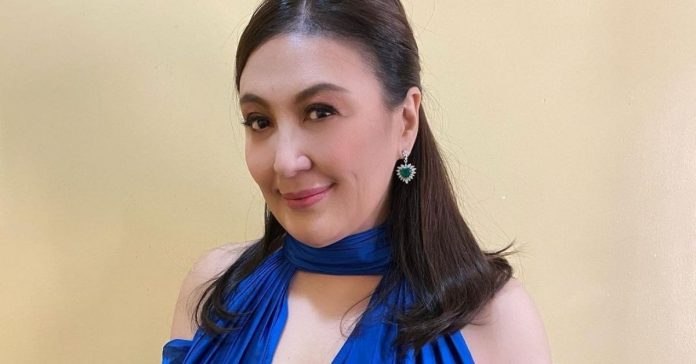 Sharon Cuneta took to social media to ask her fans for prayers as her loved ones go through a “game called politics”.

The veteran singer-actress shared how heavy her heart is now that two men in her life will both be vying for the second highest position in the country.

“Two men I greatly love – one whom I have known since birth, and the other, one I exchanged solemn vows with twenty-five years ago, are about to vie for the second highest position in the country, and once again, I do not know what I could have done so wrong to find myself in the midst of two rocks,” she wrote.

Sharon continued on to share her hopes that after “this game called politics” that her family would find their way back to one another’s arms.

“It is most difficult for us in the periphery, who never imagined we would be in this position,” she said.

It was in September when Sharon’s aunt Helen Gamboa’s husband Senate President Vicente “Tito” Sotto III announced he was running for vice president.

Tito Sotto’s daughter Ciara has also expressed her sentiments on their family’s situation. In an interview with PEP.ph she expressed her disappointment over the predicament her “Kuya Kiko” and her dad is in.

“I cried because I am so hurt and disappointed. It made me feel that my parents were of no value after all. Ate [Sharon] has always been considered and treated like a daughter by my dad and especially my mom,” she said.

The Megastar’s husband Senator Francisco “Kiko” Pangilinan filed his certificate of candidacy to run as vice president on October 8.