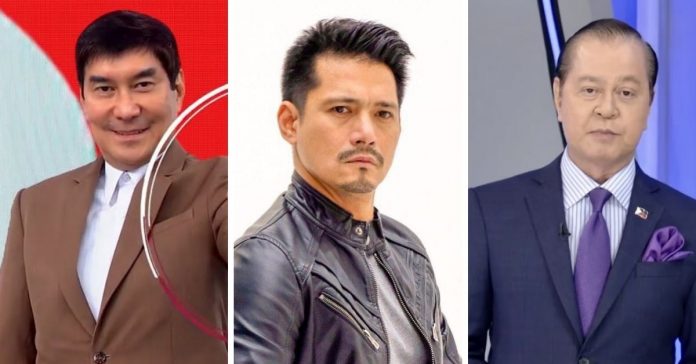 A number of celebrities and TV personalities showed up at the one-week one-week filing of Certificates of Candidacy (COC) fto join the political race in the upcoming elections next year.

Some of them are entering the world of politics for the time, while others are eyeing a comeback.

Here’s a list of familiar figures seeking national posts in the May 2022 polls.

Known to avid viewers as “Idol”, Raffy will be running  as an independent candidate.

Tulfo topped the preferred senatorial candidates for the 2022 national elections survey by Pulse Asia in September.

Actor Robin Padilla filed his COC for senator on Friday, October 8 after deciding to enter politics over continuing his showbiz career.

He is a part of the PDP-Laban’s senatorial slate.

Actor and former Quezon City mayor Herbert Bautista is also aiming for a seat in the Senate.

He is running under the political party Nationalist People’s Coalition.

Broadcaster and former vice president also aims to run for public office in 2022.

He left his anchor duties in TV Patrol, Kabayan and TeleRadyo Balita to pursue his senatorial bid.

Former olympian and actor Manuel Monsour del Rosario is aiming for an elective position in the 2022 polls.

He filed his COC for senator on October 6, and will run under the Panfilo Lacson-Tito Sotto ticket.