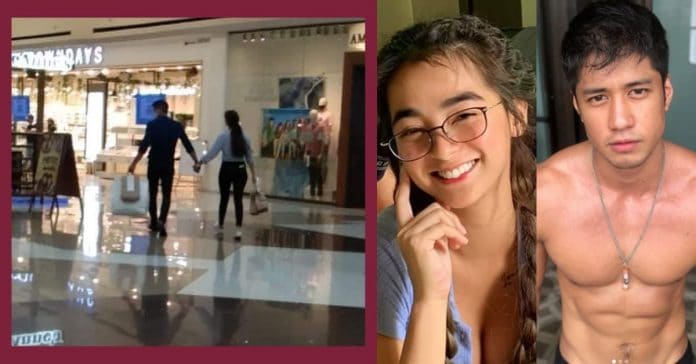 Amid revelation that they’re still on the “getting to know” stage, AJ Raval was spotted holding hands while walking with Nerisa co-star Aljur Abrenica.

Photos and clips of AJ and Aljur getting cozy inside a shopping mall have circulated online following the sexy actress’ confirmation that she’s being courted by the 31-year-old actor.

Aj recently revealed in an interview with PEP that she and Aljur are not yet in a relationship as they are still getting to know each other.

“Nag-uusap kami. We understand each other. We care for each other. Pero wala pa kami sa point na may relasyon kami. Parang getting to know,” said AJ.

AJ also confirmed that she was referring to Aljur as that one suitor who makes her feel special.

Talk about Aj and Aljur dating surfaced after netizens speculated that a photo of Aljur was captured right outside the actress’ room.

AJ, however laughed off speculations, saying it was edited.