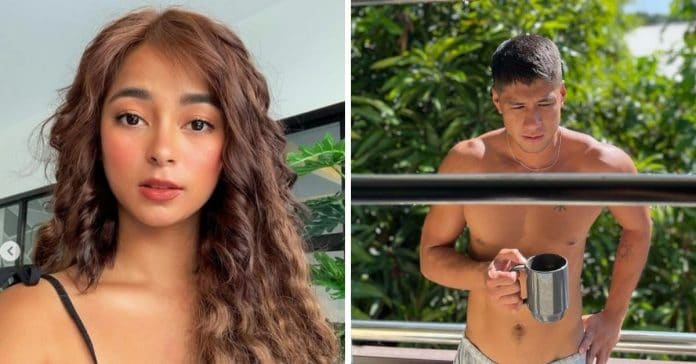 AJ Raval reacts to rumors linking her to Aljur Abrenica

AJ Raval has shrugged off rumors linking her to actor Aljur Abrenica.

This was after a Facebook post seemingly suggested that Aljur’s recently uploaded photo was taken outside her room.

The now-viral video showed a clip taken from her “cleaning my room vlog” where she showed the view from her room’s window, that was followed by a photo of a topless Aljur who was holding a cup in his hand outside a window.

AJ’s vlog was uploaded earlier this year in May, while Aljur’s photo was posted on his official Facebook page last Tuesday.

Netizens somehow noted that the view from AJ’s window and Aljur’s background in the photo have similarities.

Aj shared the video on her Facebook account, and laughed off such speculations saying: “LUH ISSUE KAYO HAHAHAHA”.

The actress, in the comments section also insisted that the video was edited.

To recall, AJ and Aljur were co-stars in the Viva film Nerisa.

Aljur previously embroiled in a controversy after Robin Padilla revealed his daughter Kylie Padilla’s breakup with the actor due to a third party.