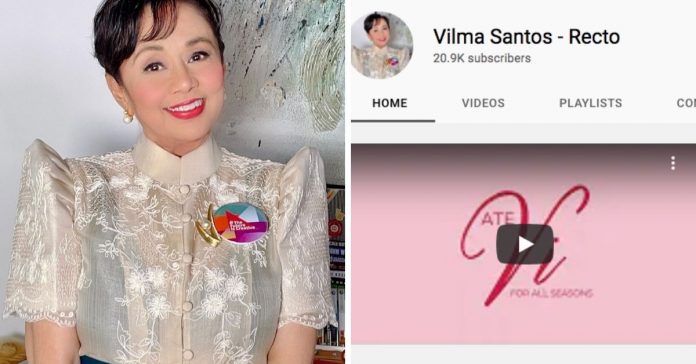 On Thursday, she announced that she will be uploading her first-ever vlog on September 26.

The 67-year-old took to social media to share the teaser for her much-awaited launch on the video-sharing platform.

Just hours after she uploaded her teaser on YouTube, Vilma’s channel has already collected over 20,000 subscribers.

It was in August when the celebrity mom made headlines after her hilarious reaction to boxer Manny Pacquiao’s latest match.