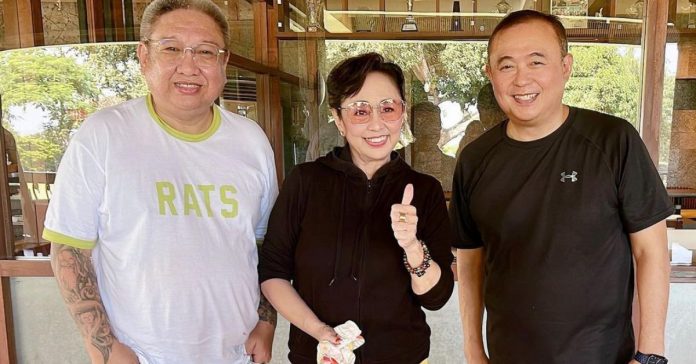 The veteran actress teased an upcoming project when she posted a snap with director Erik Matti and film producer Dondon Monteverde on social media.

“Had a lunch meeting with Direk @erikmatti and @dondonmonteverde. EXCITING!!!” she wrote in the caption.

Meanwhile, the BuyBust director gushed over working with the “Star for All Seasons” for two projects.

“I’ve worked with @rosavilmasantosrecto in a few commercials but I’ve always wished to do a movie with the Philippine film industry’s most iconic star for all seasons.

“We will be developing two projects with her and after hearing the stories, Ate Vi gave it a nod. A very happy, excited nod. So Excited!!!” his caption read.

After her two-decade-long stint in politics, Santos decided not to run for public office in 2022.

“I have been serving the public for more than 23 years and will continue to serve, in the best way I can, even in my private capacity,” she said.

The 68-year-old’s last film before her showbiz break was Everything About Her with Angel Locsin and Xian Lim back in 2016.