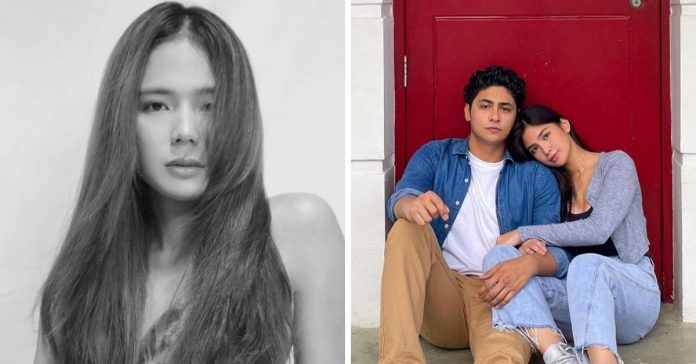 Heaven and Devon’s ex-boyfriend Kiko Estrada earlier confirmed their relationship to the public with sweet snaps of them together after months of speculations.

Heaven later posted a photo of herself from the same place her Kiko’s photos were taken with the caption: “How’s your day?”

A day after, Devon uploaded a black and white photo of herself captioned: “I’m doing great, sweetie.”

Heaven has been tagged the cause in the breakup of Devon and Kiko who were in a relationship for two years, but strongly denied the third party speculations.

“I should not have been dragged into the personal issue between Devon Seron and Kiko Estrada. However, I will not stay silent about it especially after being harshly accused of something I didn’t and would never do,” wrote Heaven via Instagram story.

Heaven and Kiko were co-stars in the now-defunct Kapamilya series Bagong Umaga before they were spotted being together on several occasions leading to romance rumors which they confirmed over the weekend.

It was in March when Devon posted a cryptic message on Instagram which sparked breakup rumors with Kiko.

“The tongue may hide the truth but the eyes never. I asked God for a sign but I witnessed it for myself,” wrote Devon in a deleted Instagram post.