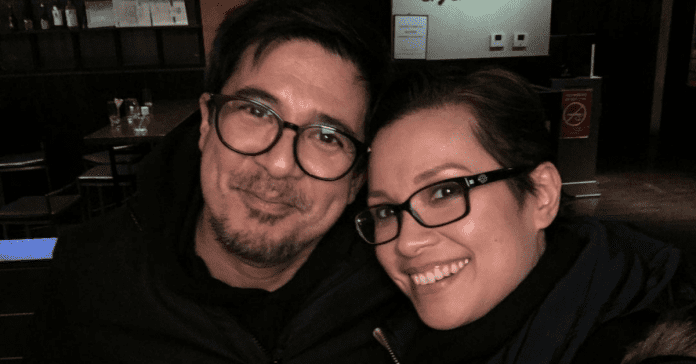 Fans and supporters of the LeAga tandem were once again thrilled after Lea Salonga greeted her former loveteam partner Aga Muhlach on his birthday.

Aga turned 52 years old on Thursday, August 12, and Lea was one of the actor’s early well-wishers.

In an Instagram post, the Broadway star posted a photo of them together and wrote in the caption: “Only the bestest wishes for you on the 31st anniversary of your 21st birthday! Happy Happy! @agamuhlach317.”

Aga was quick to acknowledge Lea’s greeting, expressing how he was shocked with the move.

To recall, LeAga previously brought kilig to their fans after Lea shared a text message exchange with Aga wishing her a happy birthday in February.

Fans, meanwhile, couldn’t contain their kilig over Aga and Lea’s latest social media interaction, with other still hoping for their reunion project.

Aga and Lea last starred in the omantic drama film Sana Maulit Muli in 1995. They were first paired in the 1992 film Bakit Labis Kitang Mahal.