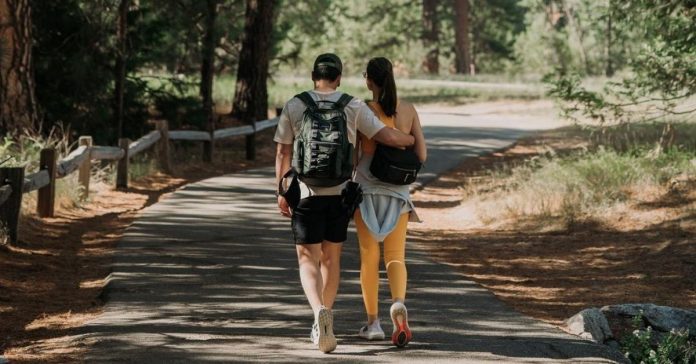 Bea Alonzo made her fans super kilig again after she posted the sweetest snaps of her and Dominic Roque taking a romantic stroll in Yosemite National Park in California.

The two appeared to be more open with their rumored relationship as photos showed them walking side-by-side with Dominic’s arm wrapped around Bea.

“Into the woods,” she wrote in the caption.

Meanwhile, their fans and even their celebrity friends gushed at the heartwarming sight.

Bea and Dominic recently went to the park in California with their friends. The two were the talk of the town after the latter shared a snap of Bea embracing him from the back.

“I have never done camping before for some reason, and though I know staying in a nice airstream is so far from the usual camping, maybe this is kind of an introduction, and I know I’ll be doing this a lot in the future,” Bea shared after their trip.