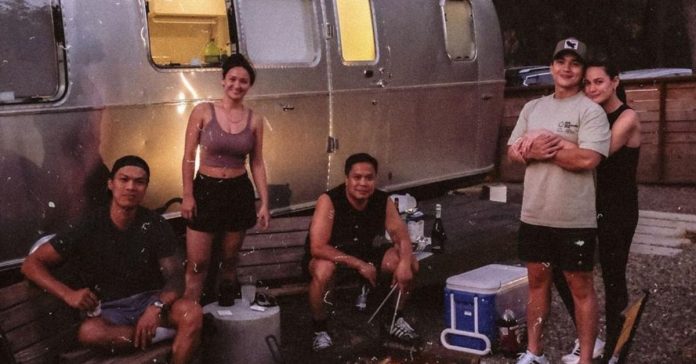 Rumored couple Dominic Roque and Bea Alonzo sent their fans into a frenzy once again after the actor shared a photo of them being sweet and cozy with each other.

In the kilig photo, Bea is snapped giving Dominic a back hug, with her chin resting on his shoulder.

The two are out and about with their friends in Yosemite National Park in California.

“It’s the shoes and back hug for me,” a netizen pointed out that the two seem to be wearing matching shoes.

The two have been making headlines recently as they spend travel California together.