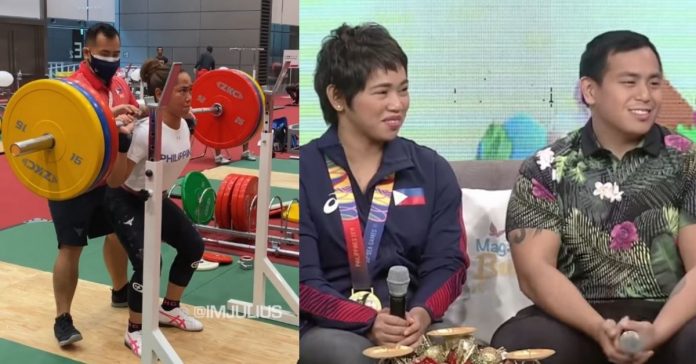 Olympic gold medalist Hidilyn Diaz revealed that she’s ready to settle down with coach and boyfriend Julius Irvin Naranjo should he ask her hand for marriage.

Hidilyn first met Julius at the Asian Indoor and Martial Arts Games in Ashgabat, Turkmenistan back in 2017. At that time, Julius competed for Guam, USA in the 62kg weight category, while Hidilyn represented the country in the women’s weightlifting competition.

The 30-year-old weightlifter previously mentioned in a Magandang Buhay interview in 2019 about settling down and starting a family once she would clutch the Olympic gold medal – which she did.