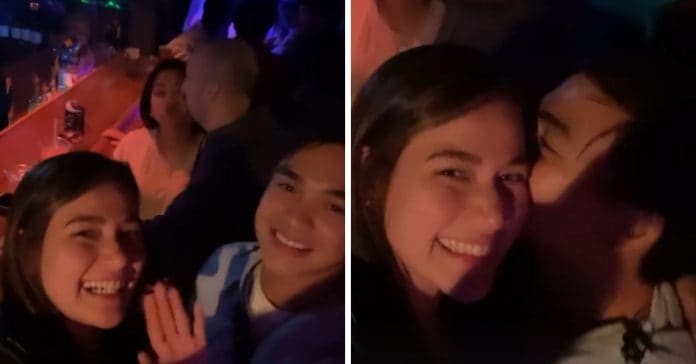 Bea Alonzo has posted for the first time a photo of her and rumored boyfriend Dominic Roque on her social media account.

Hours after Dominic posted a snap of Bea giving him a back hug, the Kapuso actress on Saturday also shared a photo of them together.

The photo, which Bea simply captioned with a heart emoji, showed her and Dominic taking a break from their group’s hiking trip to the Yosemite National Park in California.

Aside from the photo, Bea also shared via Instagram stories clips of her and Dominic happily cheek to cheek while hanging out at a bar along with the latter’s aunt Beth Tamayo.

The two have long been speculated to be dating but neither of them have officially confirmed it.

Fans of the two, meanwhile, are eagerly waiting for the “relationship reveal”.