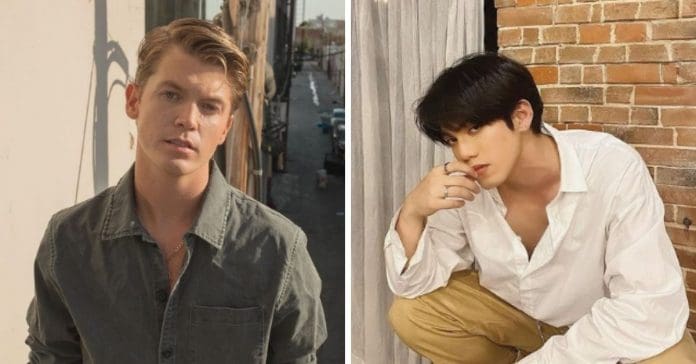 Stell of P-pop boy band SB19 can’t hide his excitement after being invited by Welsh singer Jamie Miller for a music collaboration.

A video of Stell doing his rendition of Jamie’s breakout song Here’s Your Perfect impressed the singer himself, who expressed his intent to collaborate with SB19’s main vocalist on social media.

“Hey @stellajero_ would you want to jump on here’s your perfect the remix 🙂,” wrote Jamie in a tweet.

The said video of Stell has nearly two million views on and more than 400,000 likes on Tiktok as of writing.

During a virtual presser, Stell revealed that he got LSS of Here’s Your Perfect when he first heard it and eventually did a cover of the song as requested by fans.

“Naging excited po ako siyempre…Tinry ko lang sa studio mag-record, and then wala naman akong ine-expect or something tappos nagulat na lang po na na-notice na si Sir Jamie,” Stell said adding that he was surprised to even get a direct message and a tweet from the The Voice UK star.

Jamie, meanwhile, shared in a tweet that he already spoke with Stell about a possible collaboration, and “cant wait for the future!”

SB19 recently released their EP Pagsibol on Spotify via Sony Music Philippines, which features three fresh tracks in including Bazinga, Mana and SLMT, along with previously released songs What?, MAPA and Ikako.