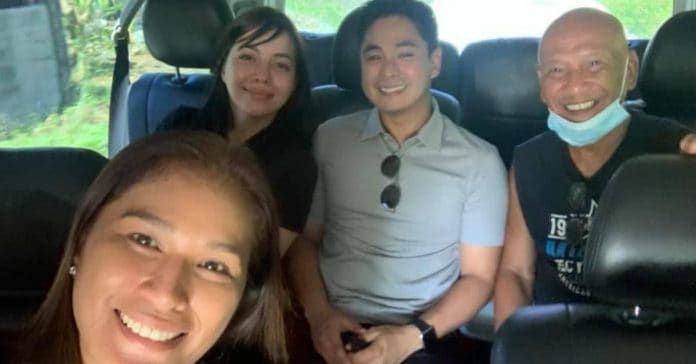 Coco Martin and Julia Montes to reunite on the big screen?

The rumored couple were spotted in Pola, Oriental Mindoro along with two Filipino filmmakers.

Jennifer Cruz, the mayor of the municipality, shared photos of Coco and Julia doing their “location familiarization” as they prepared to shoot for their project.

On Instagram, fan-made accounts for the two shared a video of the mayor, announcing the “big film” to be shot in Pola.

The actress-turned-politician also revealed that 10 celebrities, including Raymart Santiago, will be starring in the film.

It was also mentioned that Cannes-winning director Brillante Mendoza is behind the upcoming project.

As of writing, the film has yet to be officially announced by Julia’s management, Cornerstone Entertainment.

It was confirmed in January last year that the actress is finally returning to showbiz after a year-long hiatus.

Fans rejoice over photos of Coco Martin and Julia Montes...