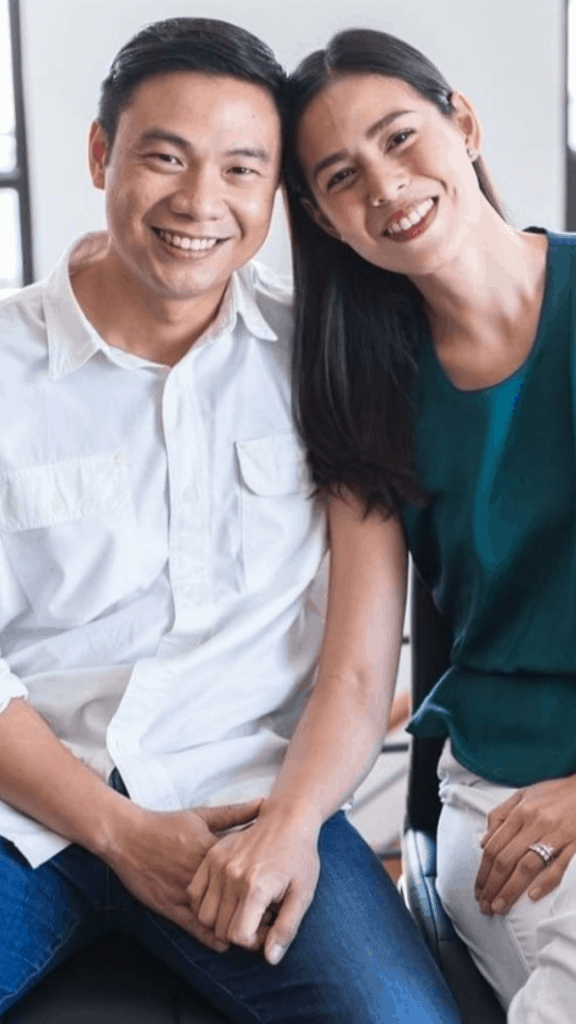 Bettinna Carlos took to Instagram to share that she and now-husband Mikki Eduardo were “social distancing” on their first-ever date a year ago.

The 33-year-old actress-host revealed they had their first date on June 29, 2020, but it was different from other dates because it happened amid the COVID-19 pandemic.

“On our first ‘date,’ we were 6-feet away. Nasa magkabilang dulo kami ng 2 tables. With masks on, we could barely hear each other,” she wrote.

Despite that, she remembered that they were “talking about our Dads and tearing up as we remembered moments with them.”

As they were already “textmates” at that time, Bettinna recalled that she was just asking Mikki about open malls to shop for baking tools for her mom, when he unexpectedly went to the mall with her.

“Dahil textmates na kami ng mga panahong ito, I asked him: Anong SM na ang bukas? He suggested Estancia kasi mas maliit and less crowded siguro than Megamall. I was gonna buy my Mom a hand mixer and basic baking tools because she got into baking during quarantine,” she explained.

“And so I went. Then I received a message a few minutes later saying: Ah I need to go to the mall din pala, pumutok [‘y]ung hand blender ko. Just now. No joke,” she added, admitting she felt “kilig.”

“For some strange reason,” she said, her debit cards did not work at that time, so Mikki paid for the baking tools.

“For some STRANGE REASON both my debit cards were not working. Funded naman and all. As if he had powers to control the terminal and have it declined my card,” she said.

“Kakahiya but it became his ‘welcoming himself’ introductory gift to my Mom. Siempre good shot ka[a]gad siya!” she added.

Bettina also confessed that she only drinks coffee in the mornings, but she drank another coffee that day because of Mikki.

She shared that they went out for a date yesterday, June 29, exactly a year after their first date. But she said this time around was a much difference experience.

Bettinna and Mikki tied the knot on Dec. 2. They got engaged on Oct. 7 after a few months of meeting each other.

She also penned a sweet message to her husband. She wrote: “Happy one year since that first date my love. You remained to be that family man I met and fell in love with. Love you Miguel!❤”