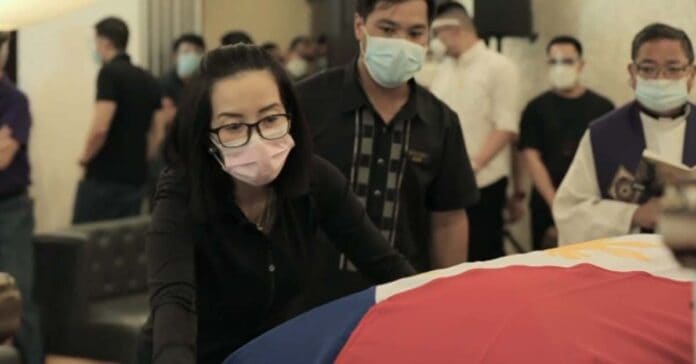 “Here are moments you did not see because no cameras were allowed inside Heritage before our brother’s Cremation and during the Private Viewing,” she posted on her social media accounts on Monday.

Kris said she asked her sister’s permission to film the intimate moments for their family’s archives.

The four-minute-long video featured the moments before the late president’s cremation.

Included in the video is a special thank you or Moira Dela Torre who rewrote her song Paubaya for Noynoy’s wake.

The Aquino’s family’s “bunso” shared that she will only tell their story once she has a clear sign from her late brother indicating that he’s finally ready to share it.

“I am praying that Noy will give me, ‘bunso,’ as he refers to me to all those closest to him, a clear sign when he is ready for me to tell all of you our story – until then this bunso has learned her lesson and will stay silent,” she ended.

The country’s former leader passed away on June 24. In a statement from his family, they confirmed that Noynoy or PNoy, as he was fondly called during his term as country’s chief executive, died peacefully in his sleep.

“His death certificate pronounced his death at 6:30 a.m. due to renal disease secondary to diabetes,” they said.

He was laid to rest at Manila Memorial Park on Saturday, June 26.