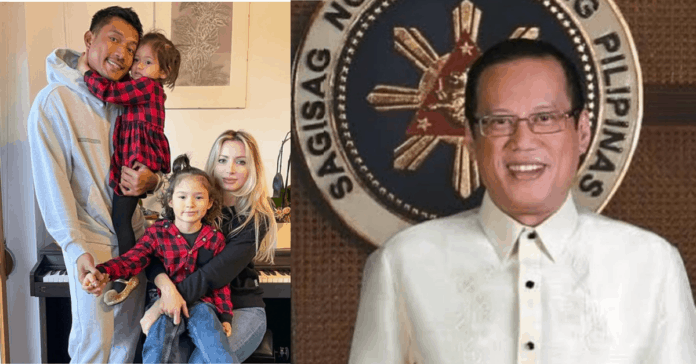 On Instagram, the Philippine Basketball Association (PBA) player shared a tribute to the late leader.

“Rest in peace President Noynoy Aquino. Thank you for being nice to me. You will be missed,” he wrote.

James was married to Noynoy’s youngest sister Kris Aquino back in 2005. The two have a child together, Bimby, who is already 14. Their marriage was annulled in 2012.

The 39-year-old is now with Italian expat Michela Cazzola who has already offered her condolences to Kris.

“Condolences, Kris. Had the honor to work with your brother’s administration. Am sorry to hear about the sad news,” Michela wrote to Kris.

The Aquino family confirmed the loss of their brother on the day of his passing, June 24.

In a statement read by Pinky Aquino-Abellada to the press, she said Noynoy passed peacefully in his sleep. She was joined by the three other sisters – Ballsy Aquino-Cruz, Viel Aquino-Dee and Kris.

“His death certificate pronounced his death at 6:30 a.m. due to renal disease secondary to diabetes,” Pinky said.

Celebrities and personalities have also shared their thoughts and prayers on the rattling death of the country’s former leader.

READ: ‘Thank you for your service to the nation’: Celebrities mourn death of PNoy