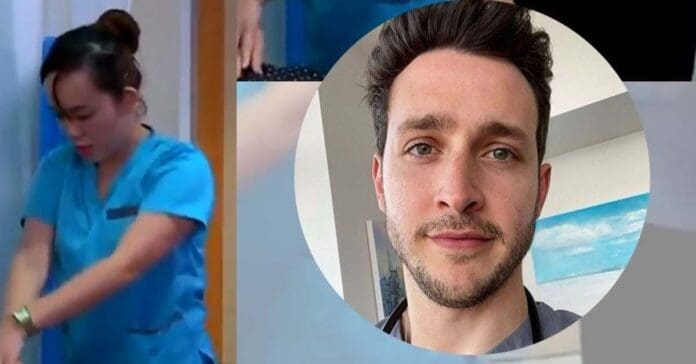 The short clip showing a nurse trying to revive Carmina Villarroel’s character by moving her shoulders up and down, while lightly pressing on the actress’s chest, resurfaced online after an Indonesian netizen retweeted it. It then caught the attention of the US-based doctor.

Netizens previously poked fun at the scene from the 2017 show for failing to depict a “realistic” cardiopulmonary resuscitation (CPR) on the “patient”.

After coming across the clip on Twitter, Dr. Mike couldn’t help but comment, “These chest compressions hurt my soul,” along with skull, face with cold sweat and no entry sign emojis.

Dr. Mike also took to Instagram and created a poll question asking whether the nurse was doing CPR or a TikTok dance.

“Is she performing chest compressions or TikTok dance?” he said.

Aside from being featured as the “Sexiest Doctor Alive” in People Magazine in 2015, it can be recalled that Dr. Mike was also romantically linked to Miss Universe 2015 Pia Wurtzbach.