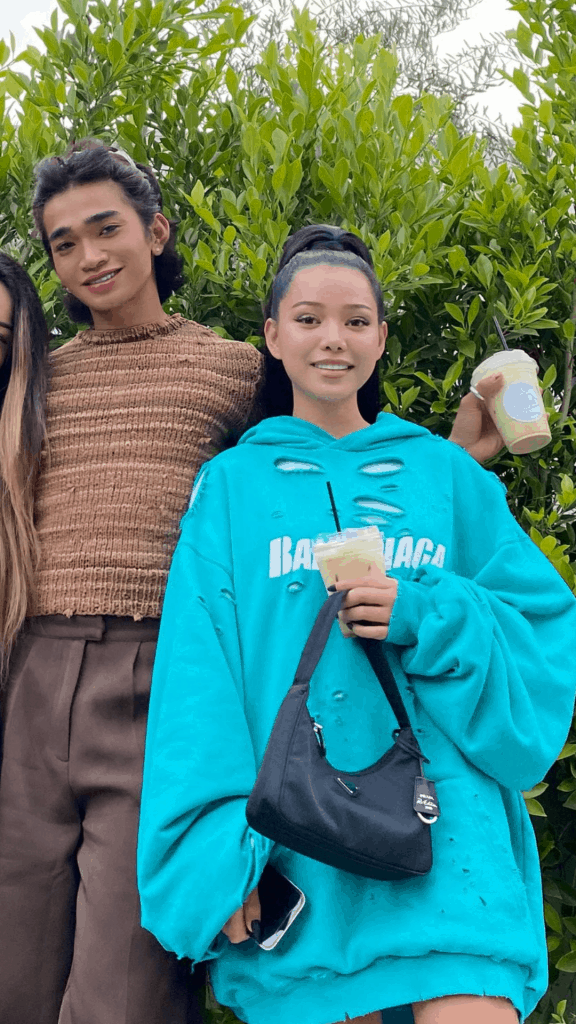 In a recent Tye Dyeing with Bella Poarch video posted by Bretman on YouTube, he shared that they’re more than just friends – they are related to each other.

“I feel like the audience wants to know, nobody asked, but how did we meet?” Bretman began.

“We met when we were kids. We’re actually cousins, you guys! We met all the way from Pangasinan,” where Poarch was from, Bretman added.

Poarch is Ilokana as well but speaks more “Tagalog” and a little bit of “Pangasinense” which she learned from her mother.

Bella Poarch is an internet sensation who started with posting TikTok videos last April 2020 and steadily rose to popularity in only a little over a year.

Just recently, the Filipina broke records with her first single, Build a B* as the biggest debut on YouTube for a new artist, according to Warner Records. The music video also briefly starred Bretman Rock.

It’s not a secret to Poarch’s followers about her Filipino roots.

While Bretman Rock Sacayanan, more commonly known as Bretman Rock, has been in the social media limelight for six years, this doesn’t stop them from interacting and supporting each other.

“I wish you nothing but the best with your career. Your career is literally just starting and I’m so glad to watch you grow,” Bretman ended in the video.

We love Pinoys supporting each other!

Watch the full video below.