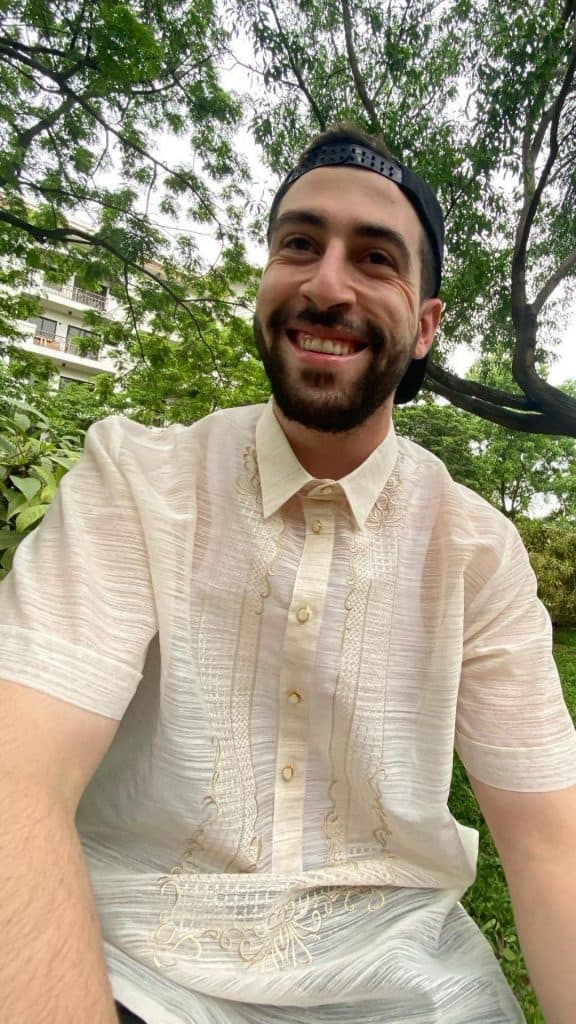 Syrian YouTuber and “adopted son of the Philippines” Basel Manadil, popularly known as The Hungry Syrian Wanderer, is officially a Filipino citizen.

The 27-year-old vlogger, who’s notable for his various charitable acts through his YouTube vlogs, recently revealed that he was granted Filipino citizenship in 2019.

Donning a barong for the first time, Basel shared the “very important news” in a vlog titled “I am a Filipino” which was uploaded during the observance of the country’s Independence Day on June 12.

“When I had this more than two years ago, I wanted to have that moment for myself. I am considered Filipino and my blood is Filipino Plus,” said Basel.

In the vlog, Basel looked back at how he started his vlogging career, sharing some never-before-seen videos since he started living in the Philippines.

“I came from a well-off family. I was born with a silver spoon in my mouth if that’s the term. The war started in Syria. So, my family wanted to send me to the Philippines to study here,” he shared.

According to Basel, becoming a vlogger wasn’t part of his plans at all, saying he just started off travelling and documenting the places he went to “out of desire” to promote the beauty of the country.

“I was just trying to film my surroundings to capture the beauty of the places that I go to because I send it back to my friends and family in Syria to show them how beautiful the Philippines is.”

It was when he reached 250,000 subscribers on his YouTube channel when he thought of helping other people using the income that he’s making from his travel vlogs.

“I just felt like instead of me focusing too much on traveling, and going to different areas, different places, I want to help as many people as I can. I can’t help everybody but just help random people that you meet,” he added.

Being in the Philippines for more than eight years now, Basel said he is more eager to explore the country and help more Pinoys.

“I was always hungry, I like food, I love to eat, and I love showing Filipino food because it was something new to me,” Basel related why he’s named the Hungry Syrian Wanderer.

But in the long run, Basel shared that he found the “real meaning” behind his moniker.

He added, “It only means that I will never get full of the Philippines. So, there’s always something new to discover about this country and this is what I’ll always be doing in the coming years.”

After staying eight years in the country, Basel has helped countless street children, homeless, hardworking and less fortunate people, as well as those victims of calamities and disasters.