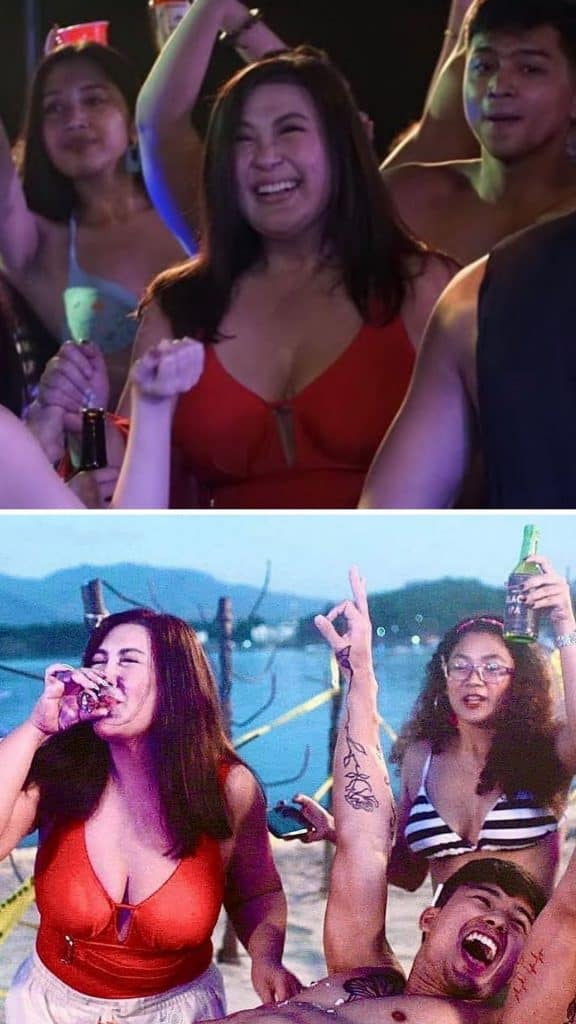 From Shawie to Shawty!

Sharon Cuneta is more than game as she received a new nickname from netizens.

On Instagram, the veteran singer-actress shared a screenshot of netizens agreeing that their idol is really a “shawty”.

One netizen defined the term as a pop culture slang word that refers to an attractive female. It was also indicated that it is often used in a nightclub or party setting.

In the photos, she’s seen taking body shots off her leading man.

“OMG I have NEVER done this in real life (I don’t drink Tequila or anything else with alcohol!)” she said.

In a past Instagram post, the 55-year-old gave a sneak peek of her “party girl” side in Revirginized.

The film directed by Daryl Yap is coming to Vivamax in August.