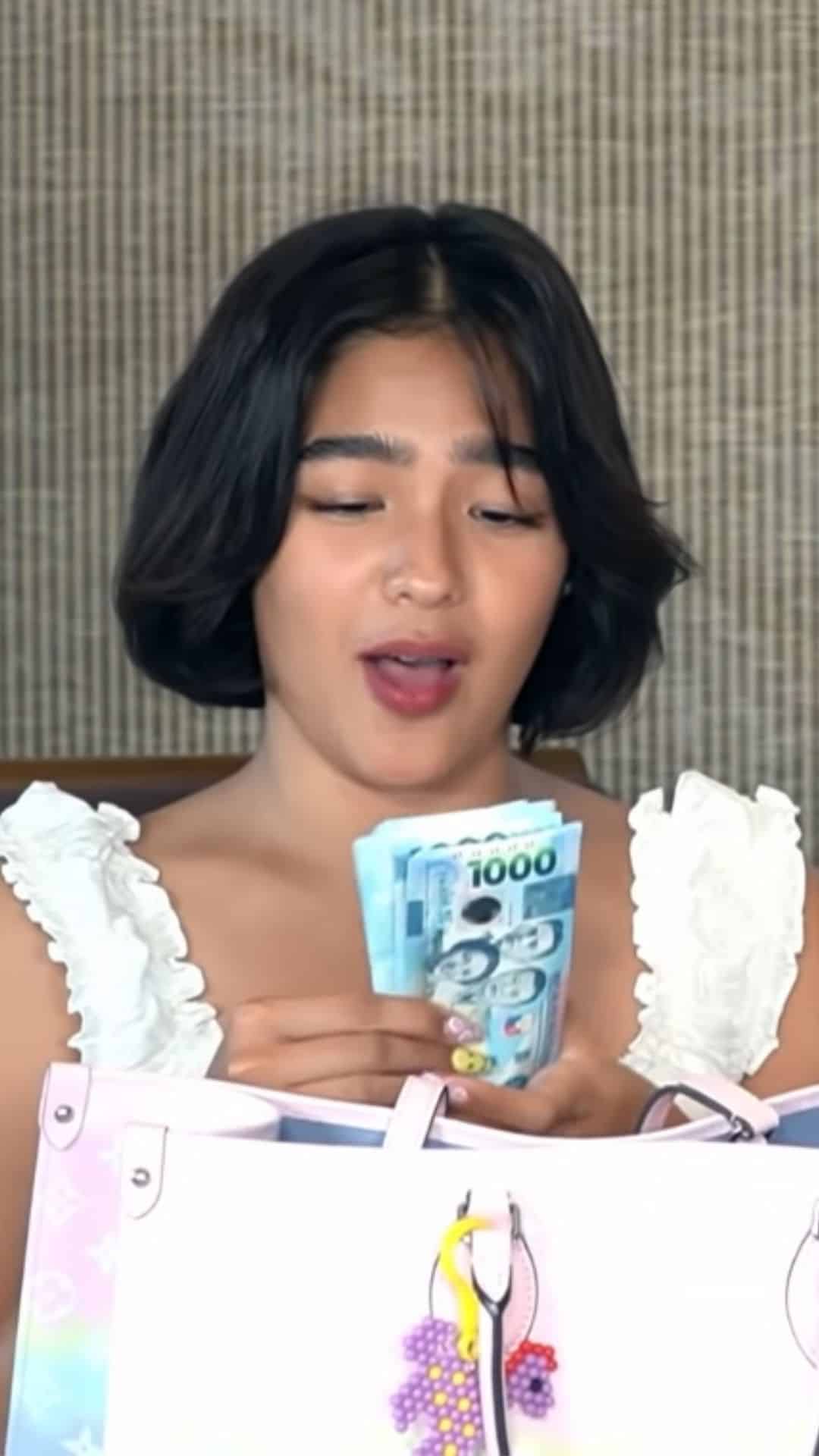 The 18-year-old actress recently guested on the celebrity doctor’s YouTube channel, where they had a “Gen-Z chikahan” and bag raid.

As she raided Vicki’s Louis Vuitton bag, Andrea found the former’s wallet and was granted permission to open it.

Andrea went on to share that in the past, she wouldn’t bring any wallet with her because she didn’t have any money to put into it.

“Wow!” Andrea exclaimed that made Vicki cover her face and react, “Oh no, huy!”