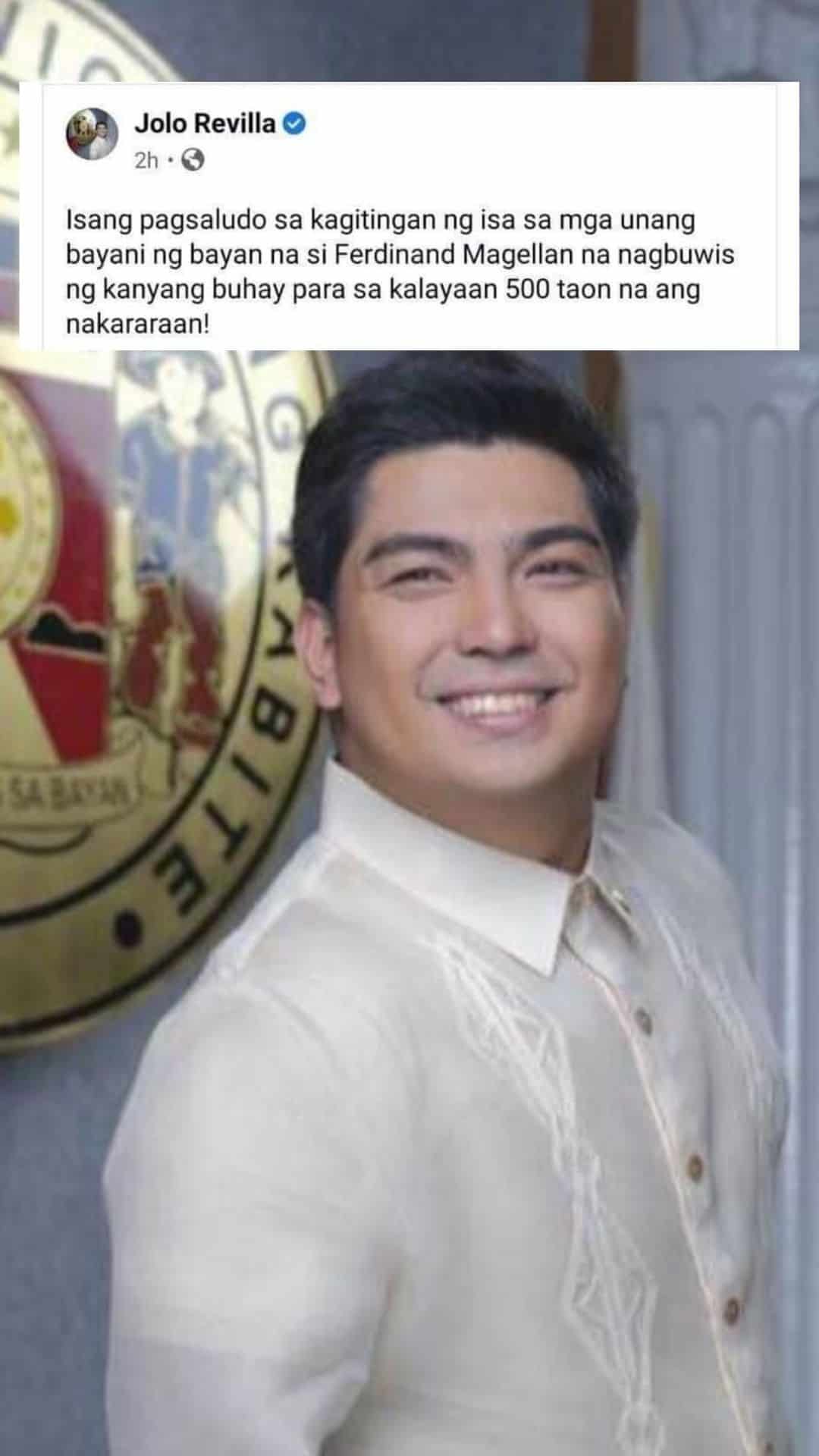 Cavite Vice Governor Jolo Revilla has apologized for an erroneous Facebook post that mistook Cebuano hero Lapulapu as Ferdinand Magellan in commemoration of the 500th Anniversary of the Victory at Mactan on Tuesday.

Revilla then later issued an apology over the blunder.

“I apologize for the earlier confusing post on our celebration of Lapulapu’s victory in Mactan 500 years ago,” he wrote.

“An intern in our social media team posted the caption to our meme without first clearing it.

“Again, my sincerest apologies to our Cebuano kababayans and to all Filipinos,” he added.

On Tuesday, the country celebrated the 500th year of when Lapulapu, considered as the country’s first hero, defeated the invading Spaniards led by Magellan on April 27, 1521.

To mark the historic event, a re-enactment of the Battle of Mactan was staged in Lapu-Lapu City, Cebu.

Simultaneous flag-raising ceremonies in several sites across the country were also held to mark the occasion on Tuesday.

Ramon Revilla Sr. ‘in stable condition’ after being rushed to...