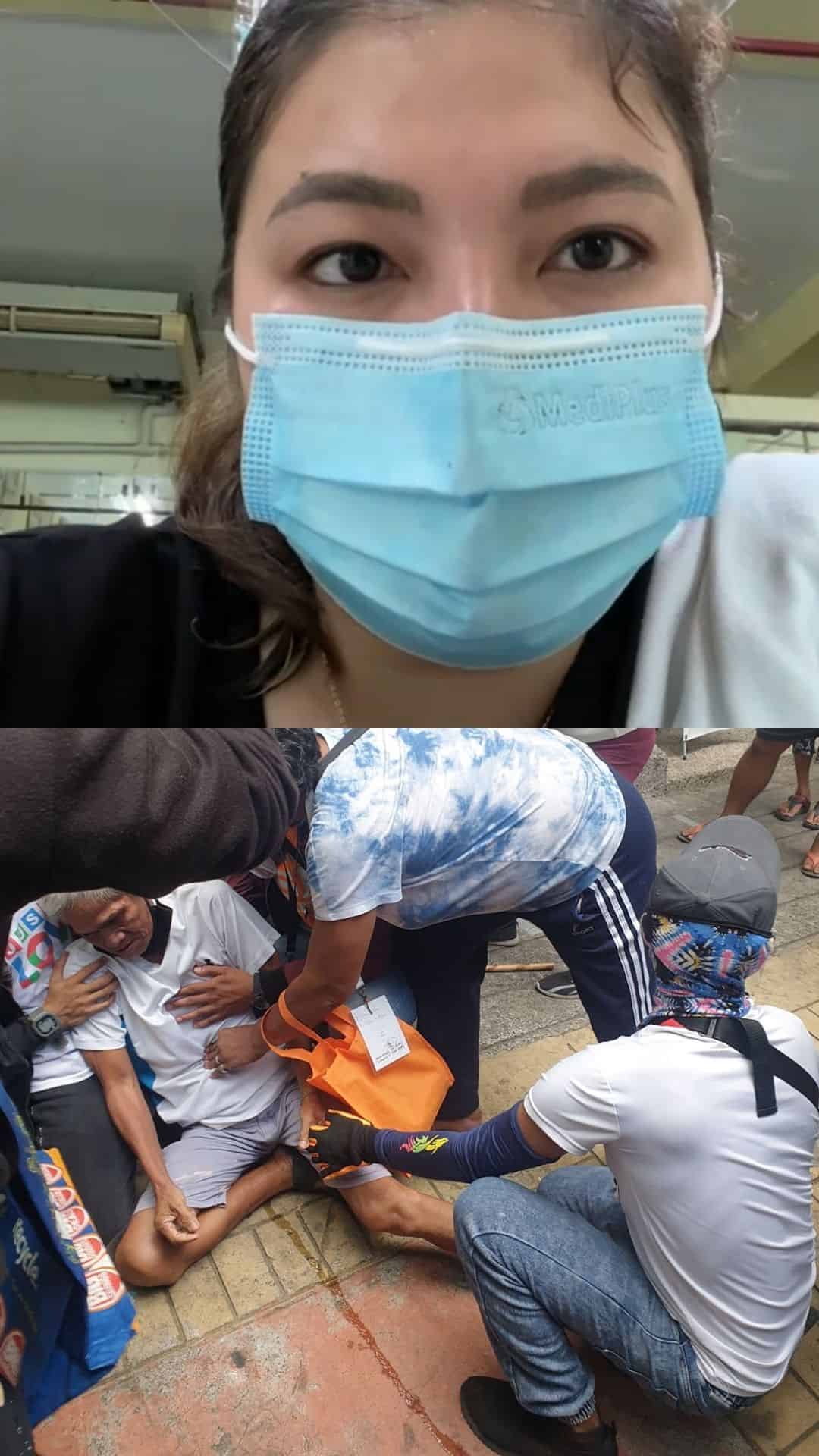 Angel Locsin expressed her sincerest apologies following the death of an elderly man who lined up at the community pantry she set up for her birthday on Friday.

Posting a black photo on Instagram, Angel apologized to the family of the 67-year-old man identified as Rolando Dela Cruz, a balut vendor who reportedly waited as early as 3 a.m. in hopes of getting food assistance from the actress.

The actress learned that Dela Cruz had a heated argument with someone who jumped the line at the community pantry. It was earlier reported that he collapsed while in line. He was brought to the hospital but declared dead on arrival.

A deeply apologetic Angel vowed to “prioritize helping” the man’s bereaved family and make it her responsibility “to help them get through this.”

A fast lane with tents and chairs has also been put up for senior citizens, but Angel reiterated that seniors should abide by the IATF rules.

Angel said that they will donate and distribute the remaining goods and supplies to other community pantries and barangays.

The city government, on the other hand, also promised to shoulder the burial expenses of Dela Cruz and extend financial assistance to his family.

“We are deeply saddened by the untimely death of Mr. Rolando dela Cruz, 67 years old, who perished during a community pantry organized by actress and philanthropist Angel Locsin,” QC Mayor Joy Belmonte said in a media statement.

“While Quezon City will continue to throw its full support behind community pantry initiatives, this unfortunate incident should serve as an important reminder for organizers to please be reminded of my appeal to coordinate all efforts with the barangay, and if necessary, with the LGU,” Belmonte said.

“Advanced coordination will allow all stakeholders to be proactive, rather than reactive,” she added.