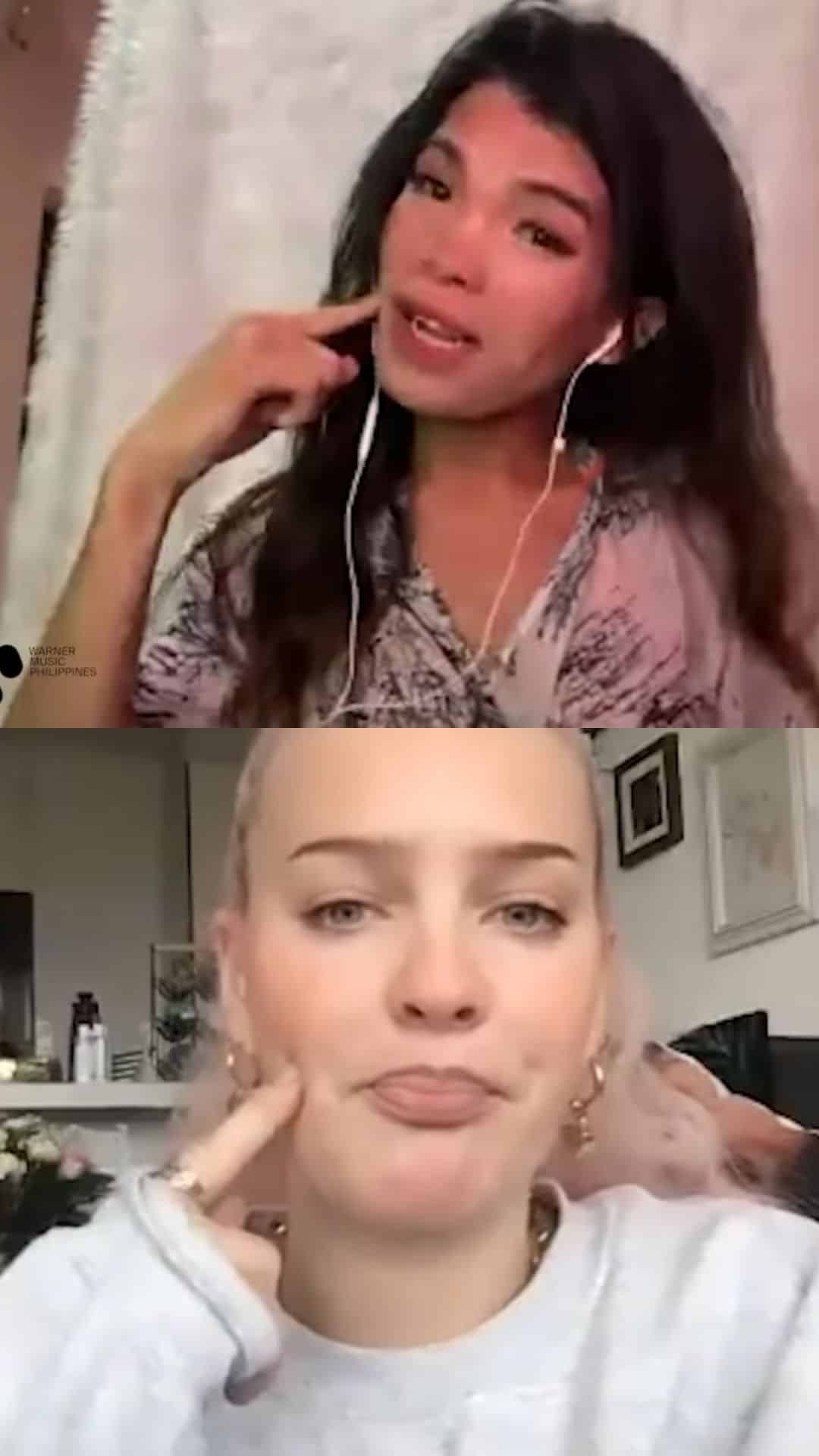 “It’s mad, it’s crazy how people reacted to it and I now I actually got to see you,” Anne Marie said after learning that her reaction video to Ms. Everything singing and doing the 2002 TikTok challenge went viral.

Ms. Everything, on the other hand said, “It’s so overwhelming my duty and responsibility!” after hearing her “idolism” react to her videos.

In the video released on Warner Music Philippines’ YouTube channel, Ms. Everything had the chance to teach Anne Marie her own take on the latter’s 2018 song.

“Oh my God! I’m so very very pumping my heart! Sorry so much,” Ms. Everything said before proceeding to teach Anne Marie the “pop-the-cheeks” step as well as the lyrics.

“Very well! You do well very well,” the online personality told Anne Marie after she gamely did her version of the 2002 TikTok challenge.

Sharing how she came up with her own lyrics, Ms. Everything related that during that time, she lost her internet connection so she couldn’t get a copy of the song’s actual lyrics and had to do the TikTok video “manually” instead.

Anne Marie also got to teach Ms. Everything how to sing her new song Don’t Play where she was once again impressed by the social media star’s vocals.

“I love you so much. I think you’re so brilliant. You just bring so much joy to everyone and you make me smile so much. Thank you for bringing your positive energy to the world,” Anne Marie told a thrilled Ms. Everything.

‘Back to nothing’: Ms. Everything’s home gets devastated by Typhoon...