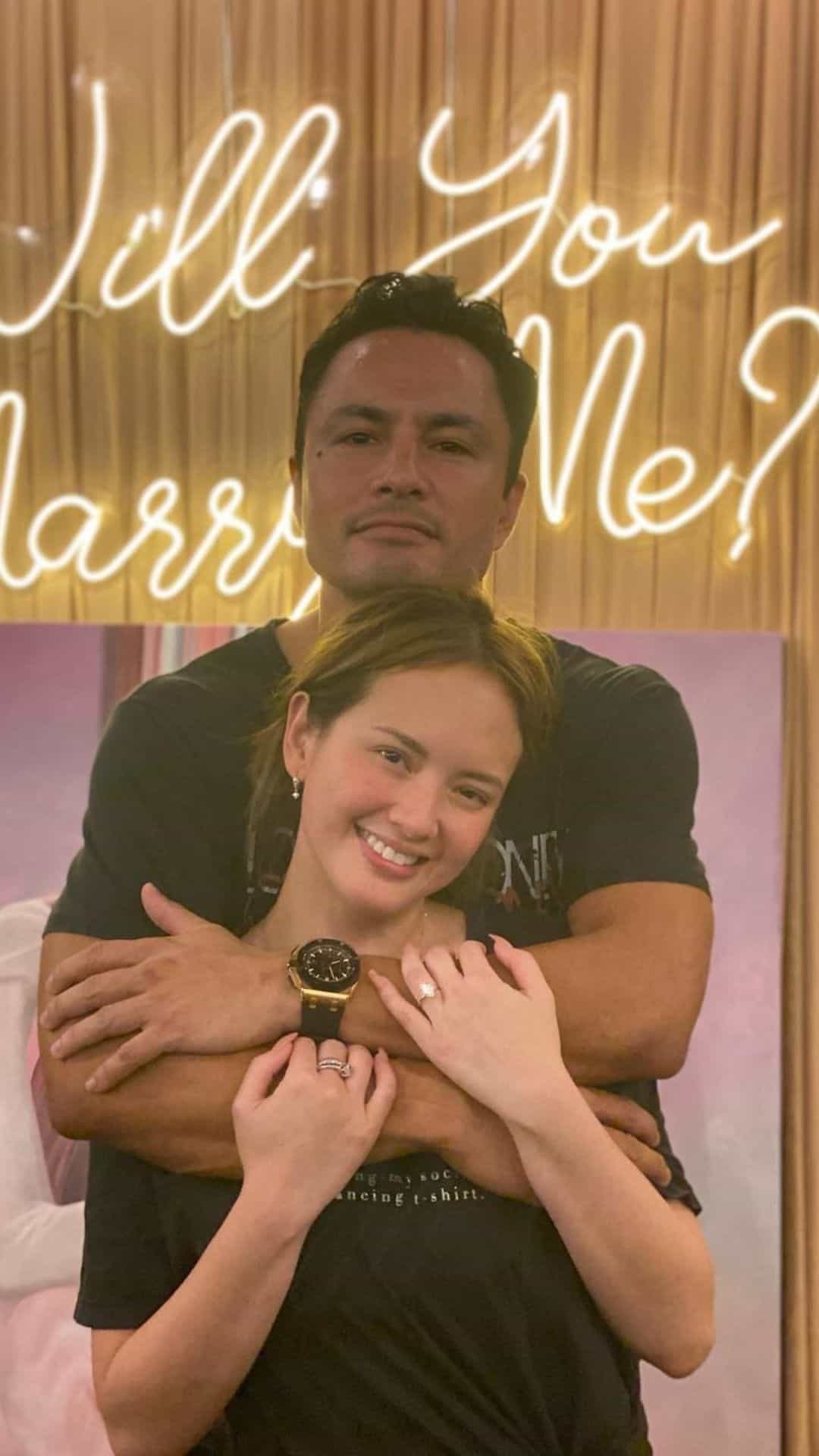 After almost two months of being together, Derek Ramsay and Ellen Adarna are now engaged to marry.

“Game over,” Ellen, 32, captioned the series of photos she posted on Instagram Tuesday night, showing the exact moment Derek, 44, proposed to her.

Photos also showed the celebrity couple in tears as they got engaged in the presence of their respective children with former partners — Ellen’s son Elias and Derek’s son Austin Gabriel.

This would be Ellen’s first marriage while Derek’s previous marriage to a non-showbiz woman has already been annulled.

Earlier, Ellen shared PDA-filled photos on Instagram, suggesting that they’re going to spend more time together as Metro Manila and and nearby areas are placed under lockdown for a week.

The actress shared cozy photos with the actor, including ones where she was giving her boyfriend of almost two months a massage and cuddles.

The two, who live two blocks away from each other in Ayala Alabang, have also been enjoying their time with Elias, Ellen’s two-year-old son with ex-flame John Lloyd Cruz, as seen on the actress’ Instagram stories.

Ellen and Derek made their relationship official last February. In interviews, the lovebirds have been open about their future plans, including marriage.

“‘Di ba may reputation ako na ‘ako yung lalaking ayaw magpakasal’ and I’ve always been vocal na ‘No, I want to.’ I’m just not rushing it kasi I want to find the right person,” he said in a recent TV interview.

“Talking about the future and talking about the ‘M’ word seems so natural, like I have no fear. I would be lying to you, to myself, to everyone, if I didn’t say that she is the girl I want to spend the rest of my life with,” he said of Ellen.

Derek also sees nothing wrong with becoming an “instant tatay” to Elias.

“What is wrong with that?! Single moms are beautiful strong women!” he recently told a netizen.