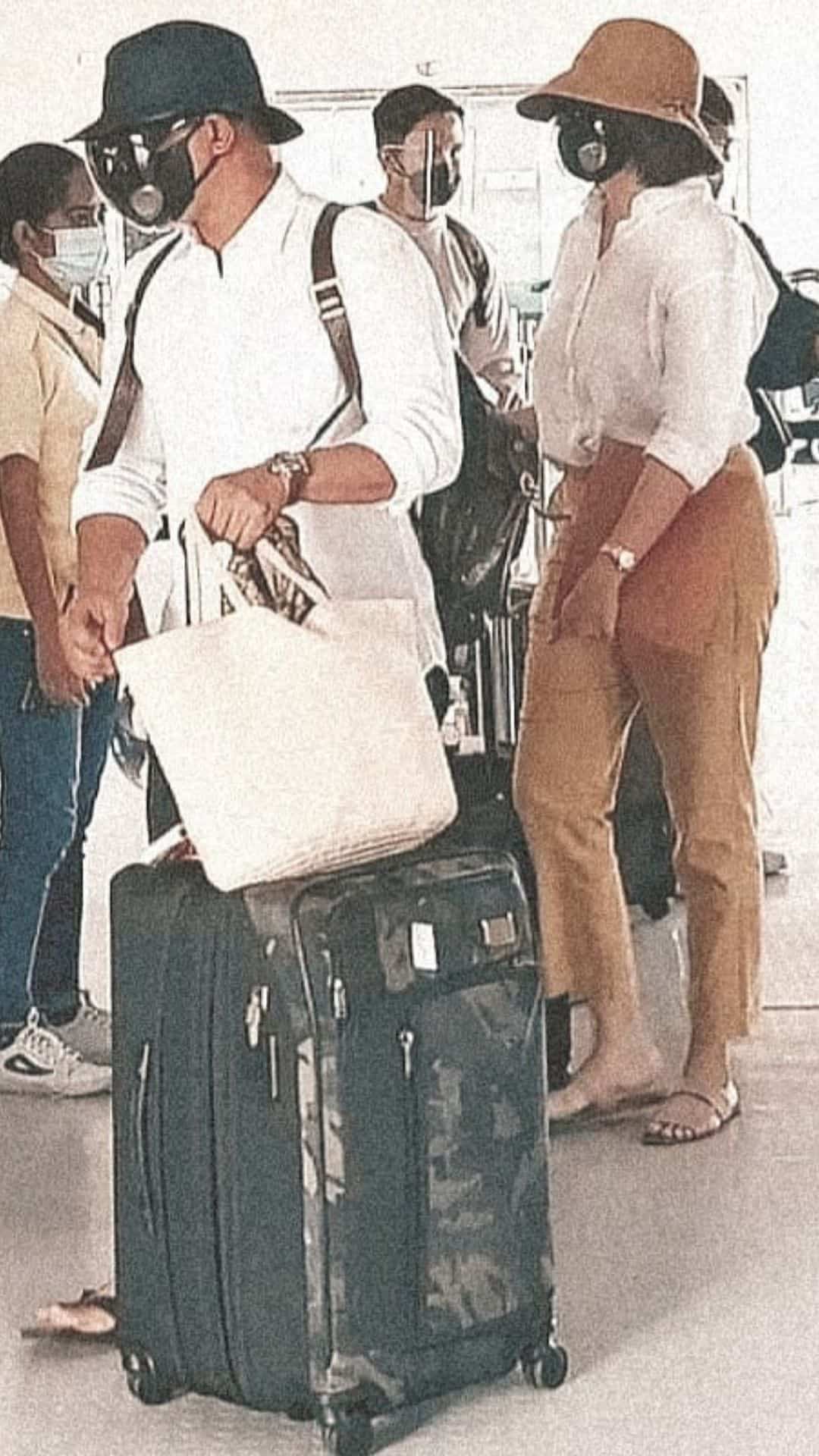 Rumored couple Coco Martin and Julia Montes are hitting the beach if these photos are to be believed.

On Instagram, fan accounts dedicated to Coco and Julia’s loveteam shared pics from when they were supposedly lining up at the airport on their way to the island destination of Boracay.

Though their faces were covered with their face masks and face shields, their fans strongly believed it was their idols in their photos.

A netizen said the two’s trip could be in celebration of Julia’s birthday back on March 19.

They added that the photos were taken on Sunday at the airport.

In the photo, it seems like Coco wore the same outfit from the airport photos.

Back in 2018, the actress took an indefinite leave from showbiz and flew to Germany to spend time with her biological father Martin Schnittka.

Talks of her being pregnant with Coco’s child was the alleged reason why she stayed away from the limelight. Cornerstone, her talent agency, denied the rumors.