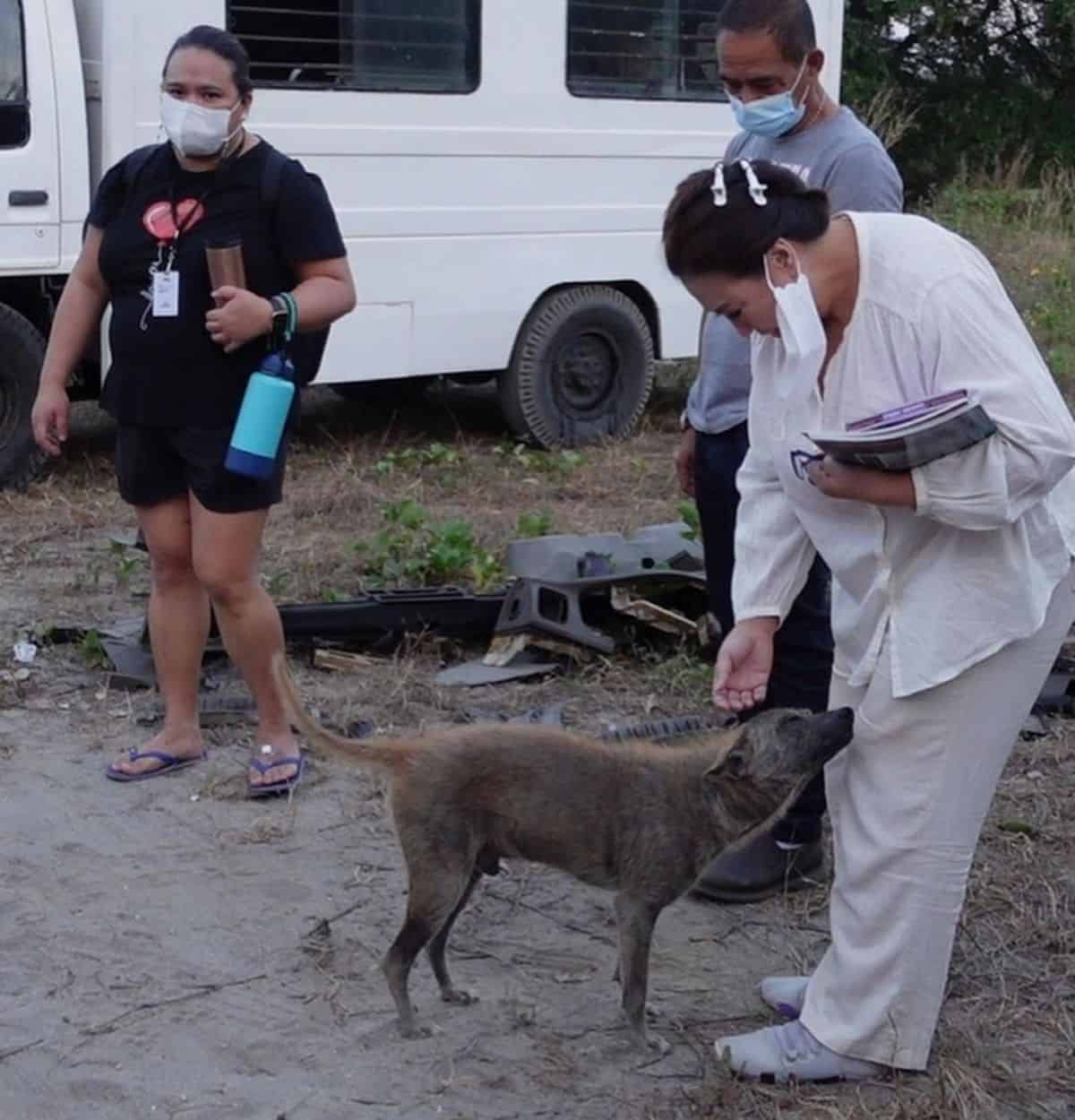 Sharon Cuneta had the most special connection with a stray dog in Olongapo.

The veteran actress-singer first met the homeless animal days ago when she was shooting for her comeback film, Revirginized.

In an Instagram post on Tuesday, she showed the stray dog she found, saying how she should have taken it home already.

In another post, her video showed her cooing to the dog and expressing how she wanted to suddenly take the dog to a veterinarian.

Her caption read: “Here’s a video of the doggie I want to rescue. Help pls! Olongapo beaches.”

Just a day after her call for her help, she updated her followers that someone has already found the dog she fell in love with in Olongapo.

“They found you, my doggie that was meant to be mine! I could never stop thinking about you and now I cannot wait to hold you and love you the way you have always deserved to be,” she said.

The Megastar said that after the dog is done with his treatment at the veterinarian’s, he will be coming home with her and will never have to search or beg for food again.

“You will become a PRINCE and be loved like you’ve never been loved before!” she said.

The eight-year-old dog is now named Pawi, a reference to her upcoming film with Marco Gumabao.

Sharon’s latest post showed her “Pawiboy” getting proper treatment for his ailments from the veterinarian.

The 55-year-old is known for being a fur mom to their many family pets. She is also caring for her kids’ dogs — KC’s chow chow and shih tzu and Frankie’s two beagles.